"It is my pleasure to express gratitude to Maharana for saving my life," the woamn said. The entire incident was caught on CCTV cameras. 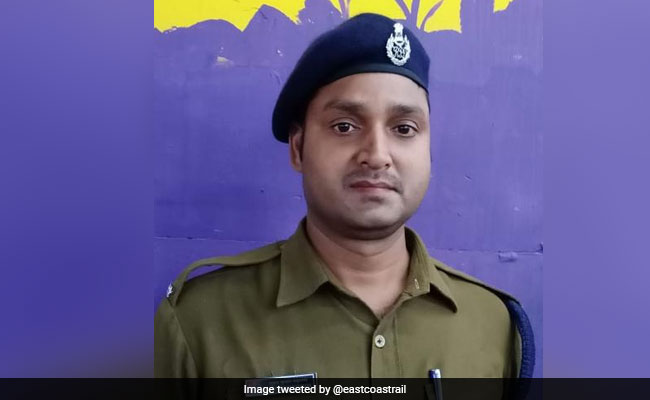 Subrat Kumar Maharana pulled the woman from the train

An Railway Protection Force (RPF) personnel saved the life of a passenger who slipped while trying to board a train at the Bhubaneswar railway station on Saturday, officials said.

Nibedita Sahoo, a lecturer at the RD Women's College in Bhubaneswar was trying to board the Puri-Sambalpur intercity express, which was on the move, she lost her balance and slipped into the gap between the train and the platform, officials said.

.@RailMinIndia commendable act of courage and swiftness shown by RPF constable Subrat Kumar Maharana in rescuing a lady passenger who had fallen while trying to board a train at Bhubaneswar. @rpfecor1@DRMKhurdaroadpic.twitter.com/g0hWMyQr93

Reacting within a fraction of second, RPF constable Subrat Kumar Maharana, who was deputed on the platform, ran and pulled Ms Sahoo out of the gap, they said.

"It is my pleasure to express gratitude to Maharana for saving my life," Ms Sahoo said. The entire incident was caught on CCTV cameras.