In a letter to the Supreme Court-appointed monitoring committee, the survivors' group also shared details of six Bhopal gas tragedy victims who died in a COVID-19 isolation ward 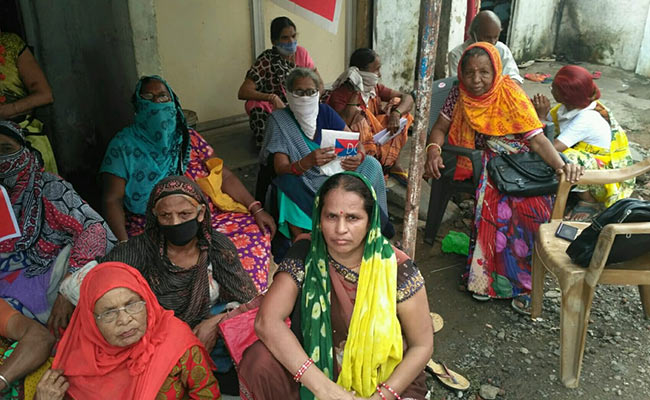 Organisations working with the survivors of the 1984 Union Carbide disaster have alleged Bhopal Memorial Hospital and Research Centre is guilty of criminal negligence and mismanagement as six gas victims suffering from COVID-19 have died in the hospital's isolation ward in the last 15 days.

In a letter to the Supreme Court-appointed monitoring committee, the survivors' group shared details of six Bhopal gas tragedy victims who died in the isolation ward as there was no full-time doctor posted to treat COVID-19 patients.

BMHRC is a super-speciality hospital built to cater to the medical needs of Bhopal gas tragedy victims and is currently being run by Indian Council of Medical Research (ICMR).

"Our letter which had categorically stated that unless urgent steps are taken by ICMR, too many Bhopalis will suffer from COVID-19 and die from it, fell on deaf ears. We painfully collect information of every city's COVID-19 death and more than 60 per cent of city's COVID-19 deaths are of Bhopal gas victims whereas they only constitute 25 per cent of the city's population," said Nawab Khan of Bhopal Gas Peedit Mahila Purush Sangarsh Morcha.

"While gas victims including COVID-19 positive one are left to die in isolation ward of BMHRC, what is even more diabolical is that those who need ICU facilities or pulmonary, neurology, gastro and neuro surgeries are being refused admission in the hospital," the survivors' group alleged.

Data obtained under the Right to Information Act shows that almost all of these departments have reduced admission of gas victims by 2 to 11 times when compared to the period before the pandemic.

"BMHRC's motto 'In service of gas victims' and this hospital is doing every disservice possible by wilfully ignoring the medical needs of the most vulnerable population to COVID-19. ICMR is supposed to be guiding the country in dealing with COVID-19, and in Bhopal they have completely failed to do so," said Rashida Bee of Bhopal Gas Peedit Mahila Karmchari Sangh.

The city is facing shortage of oxygen and ICU facilities for COVID-19 patients. "Keeping the vulnerability of gas victims in view, BMHRC should have prepared for this crisis. We are hopeful that the monitoring committee will direct BMHRC to start a 40 ICU and HDU (high-dependency unit) bed unit to cater to gas victims suffering from COVID-19 at the earliest," said Rachna Dhingra of Bhopal Group for Information and Action.

Further, as per the records of the Office of the Welfare Commissioner, Bhopal Gas Victims, 10,550 or 1.84 per cent of the gas-exposed population have been granted ex-gratia compensation as cancer patients.

In March 2020 a letter addressed to the ICMR DG by the survivors' group had said that due to multi-systemic damage caused as a result of the exposure to toxic gases of Union Carbide, it would it would be safe to say that the over half-a-million Bhopal residents exposed to Union Carbide's gas are at least five times more vulnerable to COVID-19 than a general population.

The groups will bring up the matter in a petition pending before the Madhya Pradesh High Court on October 7, where the Health Secretary has also been summoned.