Video Of Crowded Hospital Not From Bengaluru, 1 Arrested: Police

Police said such videos have the potential to create panic and asked people to refrain from spreading them. 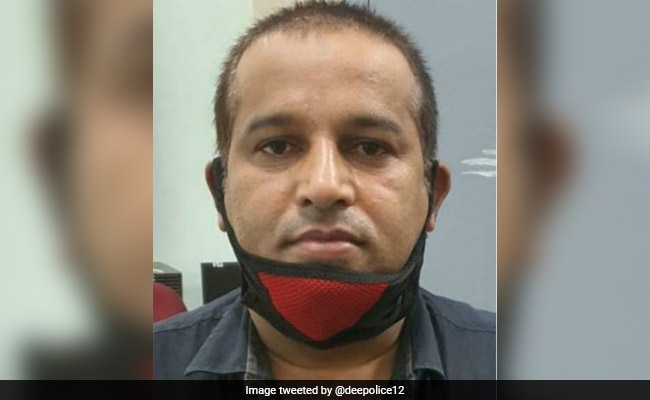 A video that was widely shared and was described as showing crowding in Bengaluru's Victoria Hospital was not from the hospital at all, and the person who posted it on social media has been arrested, police said on Sunday.

The video shows dozens of people wearing masks gathered in a cramped space allegedly described an Out Patient Department in a hospital. The person filming the video, who said he was a doctor, says so many people turning up is a threat to them and the health staff amid the coronavirus pandemic.

The police said the video could create panic among residents as the Karnataka capital fights its huge case load.

"City Crime Branch swiftly identified and arrested this person who has been circulating false videos of panic in Victoria Hospital, Bangalore. Kudos to all doctors and medical professionals who are doing their best.FALSE NEWS BUSTED," Bengaluru Police Commissioner Bhaskar Rao tweeted.

The video had been widely circulated on social media.

"Covid False video about conditions of hospitals in Blore (Bengaluru) circulated on social media. Case registered in Cybercrime PS (Police Station). While Govt, society at large (is) fighting the pandemic, some are creating/forwarding messages/videos which has (sic) potential to create panic in society. REFRAIN FROM IT," Joint Commissioner of Police, Crime, Sandeep Patil, had tweeted.

The video could be from a hospital in north India, news agency PTI reported.

Karnataka recorded 4,120 new COVID-19 cases on Sunday, the biggest single-day spike of the pandemic in the state, bringing the total number of those infected by the deadly virus in the state to 63,772, government data showed. The total fatalities in the state climbed to 1,331 with 91 deaths in the last 24 hours, it said.

Bengaluru, which was praised last month for keeping its daily tally relatively low, reported 2,156 cases on Sunday. It accounts for around half of Karnataka's cases. There has been concerns about a possible shortage of beds for patients as the number of cases spike.