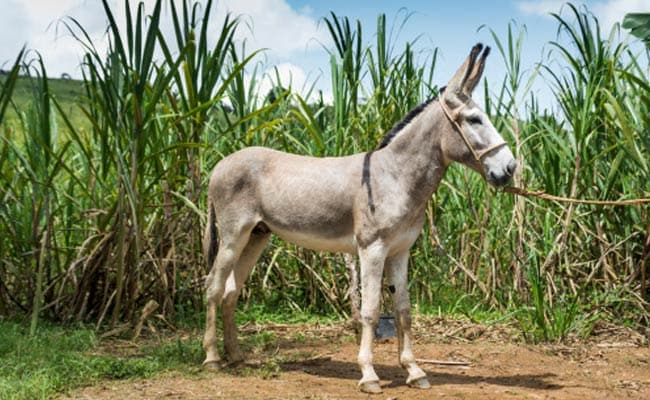 Bengaluru: Strange as it may seem, a seasoned Karnataka politician, who heads a regional political party on Tuesday honoured two donkeys here in recognition of their hard work, loyalty, honesty, discipline and obedience.

"I have decided to honour all domestic animals like donkeys, dogs, buffaloes, cows and oxes, as they are more loyal than human beings, hard-working, disciplined and obedient," Kannada Chaluvali Vatal Paksha president Vatal Nagaraj told IANS.

Nagaraj on Tuesday presented the Rajyotsava awards to the two donkeys at the inter-state bus terminus in the city centre, which amused the people who gathered there.

A former legislator from Chamarajanagar, about 250 km from here, 65-year-old Nagaraj coined his awards after the same title (Rajyotsava) used by the Karnataka government to present awards every year on November 1 to eminent men and women from different walks of life to mark the state's formation day.

After bathing and dressing them for the occasion, Nagaraj garlanded both the donkeys with colourful beads, draped them with shawls and showered rose petals on them, drawing huge applause from scores of his supporters, admirers and the curious crowd that stopped by to witness the unique event.

"I will honour other animals every month in recognition of their contribution to us.

Promoted
Listen to the latest songs, only on JioSaavn.com
Worshipping cows and taking care of domesticated animals has been part of our rich tradition and hoary culture," Nagaraj said.