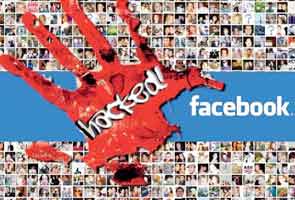 Facebook in Germany said the latest attack tricked users into pasting and executing malicious JavaScript in their browser URL bar, exploiting a browser vulnerability that caused them to unknowingly share the content, according to a statement to news agency DAPD.

This morning, came reports that two lakh users had been spammed in Bangalore. NDTV.Com carried a Mid-Day report; other Indian sites also reported on similar figures.

However, BA Mahesh, who heads the cyber cell of the Bangalore police says no formal complaints have been received. Facebook officers in India said, "There have been inaccurate reports of Facebook users' accounts being hacked. This is not true. Users photos are not being transferred to an unwanted site and no accounts have been compromised. Protecting the people who use Facebook from spam and malicious content is a top priority for us. We are always working to improve our systems to isolate and remove material that violates our terms, and take action on those who is responsible for these types of content."

"Our team responded quickly and we have eliminated most of the spam caused by this attack," Facebook's statement issued in Germany said. "We are now working to improve our systems to better defend against similar attacks in the future."

According to Facebook, no user data or accounts were compromised during the attack.

Promoted
Listen to the latest songs, only on JioSaavn.com
Meantime, Facebook warned users to never cut and paste unknown code into a browser's address bar, and to always use an up-to-date browser, as well as to flag and report any suspicious content.

Karnataka To Push For Tech Investments At Bengaluru Technology Summit