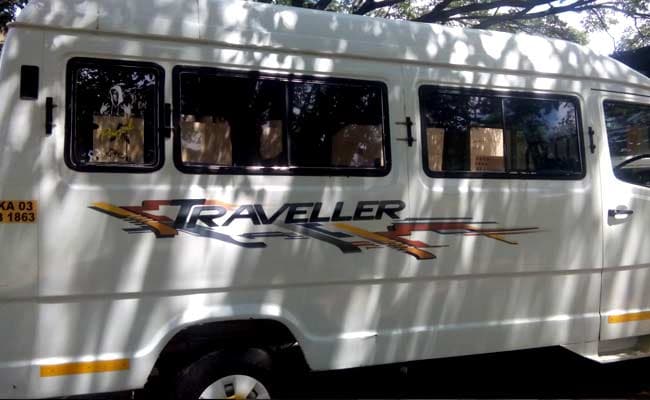 Bengaluru: A 23-year-old call centre worker in Bengaluru was raped at knife-point allegedly by two men on her way home from work on the weekend.

"A woman in her twenties, an employee with a call centre, was gang-raped on the night of October 3 by two persons in South-East Bengaluru," the city's Police Commissioner NS Megharikh said.

Three persons are being questioned. The case shamed the IT city on a day it had two important visitors - Prime Minister Narendra Modi and German Chancellor Angela Merkel.

The woman, who is from Gwalior in Madhya Pradesh, left office on Saturday night and was waiting for an autorickshaw at around 10 pm when a private mini-bus with only a driver and a cleaner stopped and offered to take her to the city's south-east, where she stayed with her sister.

The woman got into the bus even though a friend who was with her advised her against it.

The police say for over three hours, the two men drove around deserted places of the Madivala area and raped the woman at knife-point.

The men allegedly dumped her near a temple. The woman called her sister and friends, who came to the spot and took her to the St. John's Hospital nearby. She left the hospital on Monday.