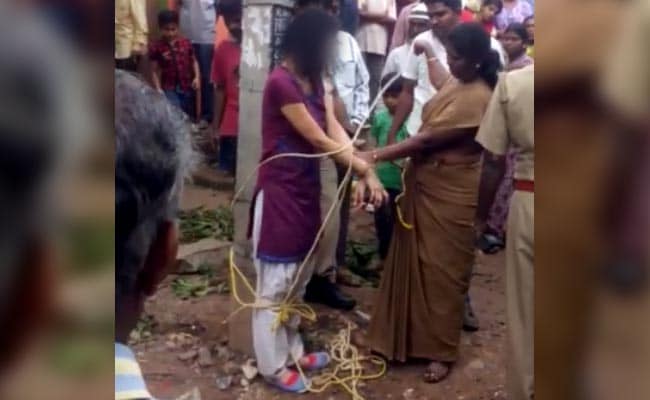 Woman in Bengaluru, in a fit of rage, dragged her 9-year-old to the roof and threw her over the edge

The murder took place on Sunday afternoon in a south Bengaluru neighbourhood.

Swati Sarkar, who has been arrested for killing her daughter, Ashika, reportedly told the police that the child was mentally challenged and that after killing her, she had planned to commit suicide.

Shocked neighbours who witnessed the killing tied Ms Sarkar to an electric pole till the police arrived.

Ms Sarkar, 30, was married to a techie but they separated at the beginning of this year.

"The accused claims the child had autisim. We are yet to confirm this. We are investigating on what triggered her to take this step, her psychological state," said Bengaluru senior cop Dr SD Sharanappa.