In IT City Bengaluru, Boats On Roads, People Seen Fishing After Heavy Rain

After an incessant overnight rain in Bengaluru, people were seen fishing on Ring road.

Bengaluru: As Gurgaon near Delhi was battered by the rain into one massive no-go zone on Friday, it had a mirror image  down south in Bengaluru.

Incessant overnight rain turned Bengaluru's formidable traffic jams into a horror story, including on roads near Electronics City, which houses Infosys and thousands of IT workers.

The fire department used boats to rescue people who were stranded in the rain waters. On Ring Road, usually a 30-minute drive from Electronics City, people were seen fishing. 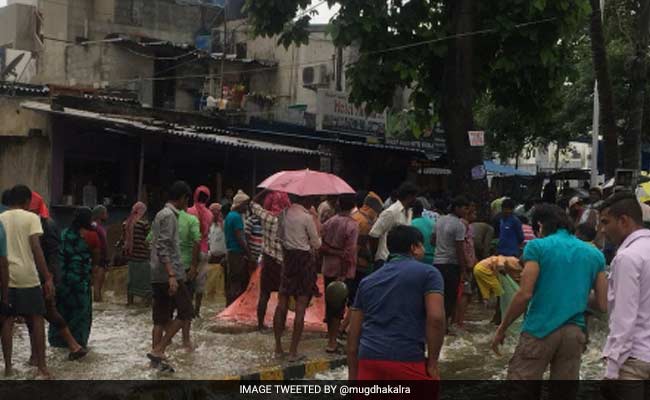 Fallen trees added to the problem in many areas. Worst-hit were areas near the city's lakes - or what had once been lakes.

Bengaluru has become Bengalaku. Incessant rains have created lakes across the city. Traffic is in a gridlock

Froth which flows on top of Bellandur Lake, spilled onto the roads, due to the heavy rain.

Going to work. Like a cross between Survivor and The Amazing Race. #Bellandur#whereistheroadpic.twitter.com/xqMnBZFAG0

Bengaluru has had a bad week. Monday to Wednesday saw more traffic on the roads after government buses went on strike. Thursday saw protests over a river-water sharing issue. And Friday has left the city stranded in water. 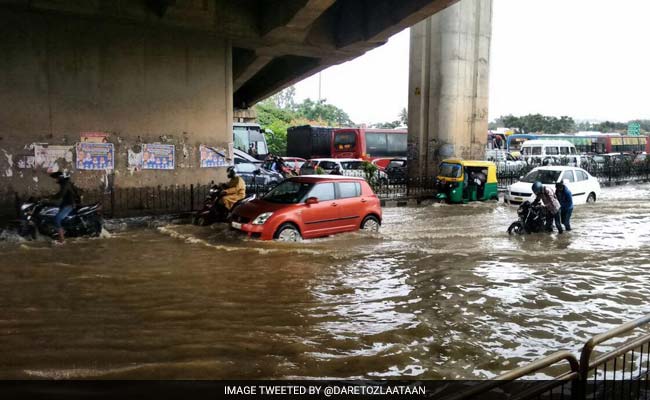 Incessant overnight rain in Bengaluru has left the city stranded in water.