Haryana election: Days after the announcement of the October 21 poll date, Congress veteran weighed in on the party to replace Ashok Tanwar with Kumari Selja as the new Haryana Congress president. 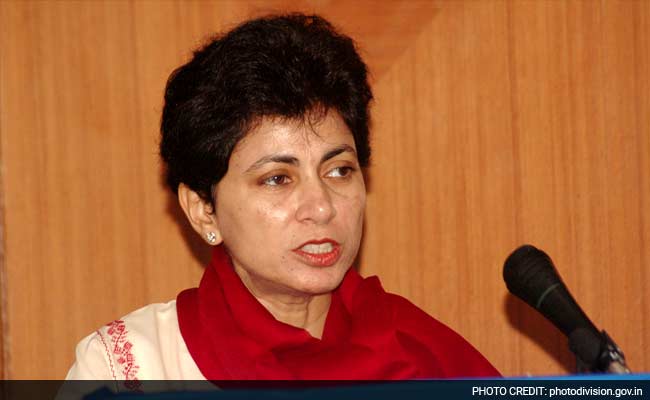 Haryana election: There is more infighting in BJP than in Congress, says Kumari Selja

The Assembly elections in Haryana are a do-or-die situation for the Congress coming months after the party faced a rout in the Lok Sabha polls and lost all its 10 seats.

Days after the announcement of the October 21 poll date, Congress veteran weighed in on the party to replace Ashok Tanwar with Kumari Selja as the new Haryana Congress president. A disgruntled Mr Tanwar has since quit the party.

The party also released its manifesto on Saturday promising among other things a farm loan waiver; unemployment allowance; 33 per cent reservation to women in government jobs and private institutions in the state; 50 per cent reservation for women in Panchayati Raj institutions, municipality corporations and city councils; scholarships to students from the Scheduled Castes and extremely Backward Classes and 50 per cent rebate in house tax for properties owned by women.

Asked about the issues raised by the BJP, Ms Selja said, "The BJP had promised 150 things but it has not done anything in past five years. It is raising issues like the scrapping of provisions of Article 370 and the National Register of Citizens of India (NRC) simply to divert attention from the concerns of the state that remain unfulfilled. These aren't the issues in Haryana."

Asked if it was possible to compensate farmers for crop failure/drought at Rs 12,000 per acre as promised by her party, Ms Selja replied, "If the money belongs to the public, why can't it be distributed to the farmers. The Congress will take care of everything and fulfill all the promises."

Along the lines of neighbouring Punjab, the party has promised to provide free electricity to farmers with holdings up to two acres and machines to put an end to the problem of stubble burning. The Congress has also promised a legislation to check mob lynchings in the state.

Congress leader Rahul Gandhi will be campaigning for his party candidate in Nuh on Monday. Asked if he will campaign in other places, Ms Selja said, "We will inform the media as we get his programme."