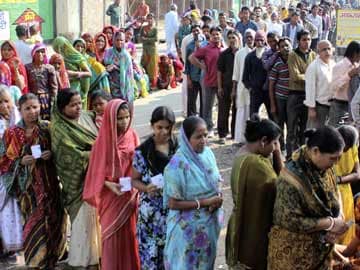 Bhopal: The extent of the Congress' rout in Madhya Pradesh, where ruling BJP under Chief Minister Shivraj Singh Chouhan cruised to power in a third consecutive victory in Assembly polls, was such that the opposition party drew a blank in 17 districts of the state.

BJP bagged 165 seats, dashing Congress' hopes of wresting back power in the country's second largest state where it ended up with a tally of 58, after a decade.

The 17 districts where Congress failed to even open its account are Morena, Datia, Umaria, Narsinghpur, Betul, Hoshangabad, Raisen, Agar, Shajapur, Dewas, Khandwa, Burhanpur, Alirajpur, Jhabua, Ujjain, Neemuch and Ratlam. While Congress managed to win one seat each in 16 districts, it won two seats each in 13 districts.

Congress bagged three seats each in Shivpuri, Balaghat, Chhindwara and Khargone districts, while Satna was the only district from where it could win four seats.

Promoted
Listen to the latest songs, only on JioSaavn.com
The district is the home turf of the Leader of Opposition Ajay Singh.