Other freebies offered by the AAP in Punjab include 25 lakh jobs, meals for Rs 5, free Wi-Fi and old age pensions, as well as efforts to tackle the drug problem 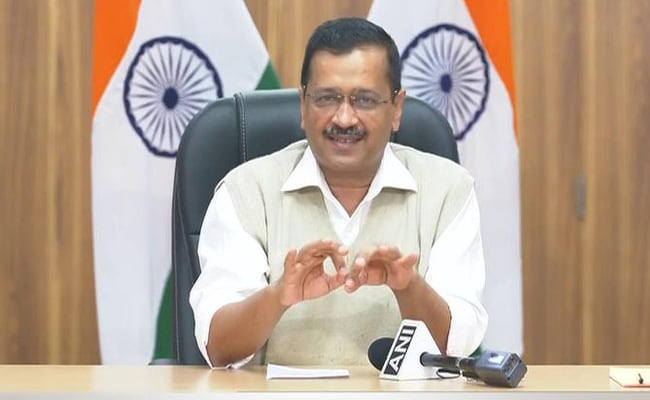 The Lok Sabha MP from Sangrur, Mann said the AAP was working on a "comprehensive roadmap by holding various meetings", which will include Arvind Kejriwal, the party's National Convener, visiting several villages and interacting with residents to understand their problems.

Mann said Kejriwal will be "mostly on tour in Punjab and will visit several places".

In September the party's state unit sailed into trouble after Mann's supporters demanded he be projected as the chief ministerial candidate. The party has yet to take a call on the issue

The AAP last week released a first list of 10 candidates.

Last month Kejriwal was in the state's Mansa district, where he promised to make farming a profitable profession and said no Punjab farmer would die by suicide if his party is voted to power.

"Punjab has the required infrastructure to develop an agro-based industry but due to ill-intentions of the present or past government, these could not be delivered," he declared.

Kejriwal slammed his rivals for first mocking the AAP's promise of free power, better health services and improved schools (promises made ahead of its victory in Delhi) and then copying them.

He has already promised Punjab voters 300 units of free electricity - the same as in Delhi - although he followed that with a caveat - that it could take up to three years for this to happen.

Other freebies offered by the AAP in Punjab include 25 lakh jobs, meals for Rs 5, free Wi-Fi and old age pensions, as well as efforts to tackle the drug problem.

Punjab votes next year - one of seven states scheduled to hold Assembly elections in 2022. The others include Prime Minister Modi's home state of Gujarat and the politically crucial state of Uttar Pradesh, which may provide insight into which way voters will swing in the 2024 general election.

The build-up to the Punjab election has been marked by a massive leadership crisis within the ruling Congress, which has lost veteran leader Amarinder Singh - both as Chief Minister and from the party.

Mr Singh quit as Chief Minister in October after weeks and months of needling by rival Navjot Sidhu, who is now the party's state chief and is now feuding with the new Chief Minister, Charanjit Channi, leaving the Congress' senior leadership with significant challenges as it plans its re-election campaign.

The AAP - which won 20 seats in 2017 to emerge as the main opposition party - is hoping to capitalise on the Congress' problems and win outside Delhi for the first time in its relatively short history.

In 2017 the Congress - led by Amarinder Singh - won an absolute majority by winning 77 seats (in the 117-member house) and ousted the Akali Dal-BJP government that had been in power for 10 years.

The Akalis and the BJP have since split - over the farmers' protests against the farm laws.