Congress Must Talk To Mayawati's Party For Alliance: Akhilesh Yadav

Akhilesh Yadav said it was the Congress's responsibility, as a larger party, to bring smaller parties under one umbrella 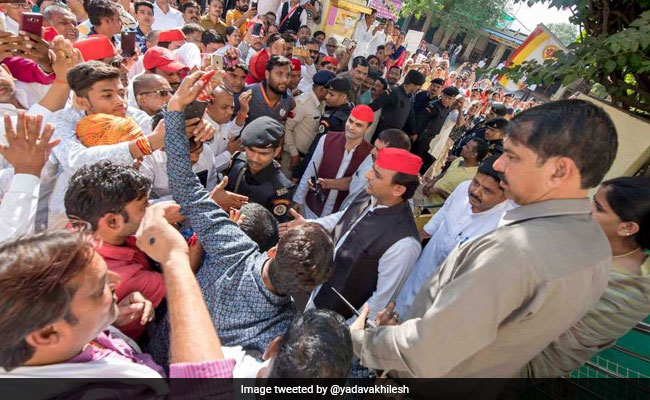 He said it was the Congress's responsibility, as a larger party, to bring smaller parties under one umbrella.

"We wanted an alliance with the Congress but the oldest political party felt that we are weak. Now, an alliance can be formed only when the Congress talks to the BSP along with SP," Mr Yadav said.

He said his party once had eight legislators in the Madhya Pradesh assembly and its vote share was also good. The SP has tied up with the Gondwana Gantantra Party or GGP in Madhya Pradesh for the assembly elections, and talks are underway with the BSP for a tie-up, Mr Yadav said.

The former Uttar Pradesh chief minister expressed concern over migrant workers leaving Gujarat in the last few days following attacks after a labourer from Bihar was arrested for allegedly raping a 14-month-old child on September 28.

Mr Yadav parried questions on the demand by certain groups that reservations be provided on the basis of economic status rather than caste. He said there would be harmony in society if people unseated the ruling BJP.