Karnataka minister and mining baron Janardhana Reddy said in his plea that his father-in law has developed a health condition and is presently admitted in the ICU of a hospital at Ballari in Karnataka. 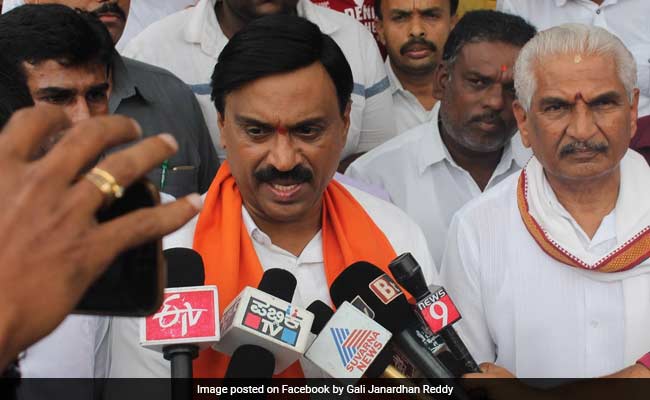 The Supreme Court will hear a plea tomorrow by former Karnataka minister and mining baron Gali Janardhana Reddy, who has sought permission to travel to Ballari in the state to visit his ailing father-in law.

Mr Reddy, who is accused in a multi-crore illegal mining case and is out on bail, moved the Supreme Court today.

A vacation bench headed by Justice Indira Banerjee agreed to hear his plea tomorrow. The former minister said in his plea that his father-in law has developed a health condition and is presently admitted in the ICU of a hospital at Ballari in Karnataka.

He sought the top court's permission to visit Ballari as he has been barred by a judicial order from visiting his home district.

Mr Reddy was granted conditional bail by the Supreme Court in January 2015 after spending more than three years in jail.

As part of his bail conditions, Janardhana Reddy was directed by the court not to visit his home town Ballari as well as Ananthapur and Kadapa in Andhra Pradesh.

G Janardhana Reddy and his brother-in-law BV Srinivas Reddy, managing director of the Obalapuram Mining Company (OMC), were arrested by CBI on September 5, 2011 from Ballari and brought to Hyderabad.

In the OMC case, the company is accused of changing mining lease boundary markings and indulging in illegal mining in the Ballari Reserve Forest area, spread over Ballari in Karnataka and Anantapur district of Andhra Pradesh.