In a scathing write-up,which has gone viral in the social media, Santosh Hegde, a former Karnataka Lokayukta, sought to know from Siddaramaiah "when he would divide himself as Sidda and Ramaiah." 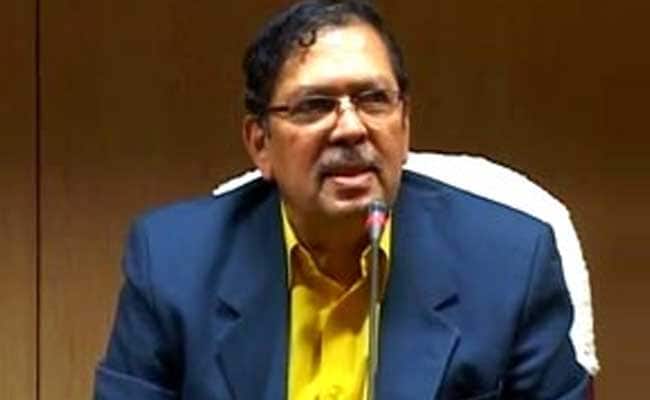 Government had no business to recognise any community as a religion, Santosh Hegde said. (File)

Bengaluru: Former Supreme Court judge Santosh Hegde today slammed the Siddaramaiah government's decision to recommend to the centre, grant of religious minority tag to Lingayat and Veerashaiva Lingayat community, saying government has no business to recognise any community as a religion.

In a scathing write-up,which has gone viral in the social media, Mr Hegde, a former Karnataka Lokayukta, sought to know from Siddaramaiah "when he would divide himself as Sidda and Ramaiah."

"Sir, I am not a politician. I am not interested in who will win the next elections, but sir where will politics stop dividing us ordinary people?," he said in a poser to the Chief Minister.

"Or which of left or right SC's as more backwards. Or which of Bunts or Nadavas as a different religion and amongst them who is more backward and among Brahmins who will it be Vaishnavas or Shiva's or will you divide Siddaramaiah to Sidda and Ramaiah?"

Speaking to PTI, Mr Hegde said he would agree if the community wants itself to divide, but that the government had no business to recognise any community as a religion.

"We are having a government under the constitution of India, a secular government. No political party, no government has any business to interfere in the internal affairs of any community," Mr Hegde said.

In a sarcastic remark on the Chief Minister, Mr Hegde sought to know if a Chief Minister can interfere between a husband and wife.

"Can a Chief Minister say between husband and wife you divorce him and come and I will find a better groom for you.

Yes, I am very much hurt... that's why I wrote. I have been a judge at the Supreme Court. I know my limitations. How low can you get in?" asked Mr Hegde.

In a major political move ahead of the Karnataka assembly polls, the state cabinet yesterday decided to recommend to the centre according religion status to the numerically strong Lingayat and Veerashaiva Lingayat community.

The move was seen as an attempt by the Siddaramaiah government to cut into the vote bank of BJP, as Lingayats/ Veerashaivas are considered its traditional supporters.
Comments
Lingayat CommunityKarnatakaSantosh Hegde

Karnataka Votes On May 12, Results May 15, Controversy Over "Leaked" Dates: 10 Points