No Desire To Be Chief Minister, Want Votes For Delhi's Betterment: Arvind Kejriwal 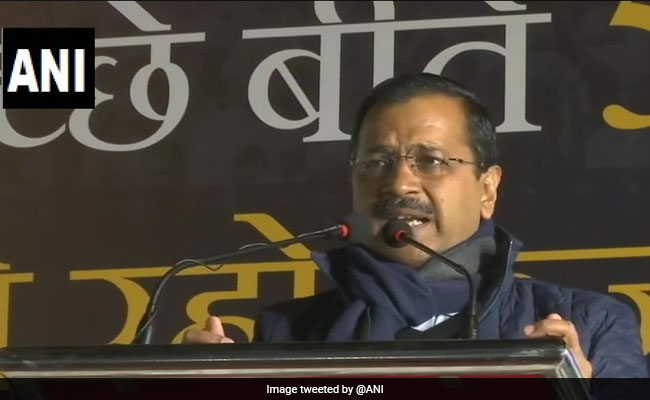 Arvind Kejriwal says it is for Delhi's betterment that his party needs to win the elections.

Delhi chief minister Arvind Kejriwal on Saturday said he has no desire to become the chief minister again but he is seeking votes for the betterment of the national capital.

Addressing a public meeting in Greater Kailash, the Aam Aadmi Party leader said his government has worked very hard to improve schools and hospitals and it is for Delhi's betterment that his party needs to win the assembly election scheduled on February 8.

Mr Kejriwal said he has been repeatedly criticised by Home Minister Amit Shah over the installation of CCTV cameras in the city.

"I want to ask him, we have a half-state, we have a small budget, we installed two lakh in five years... you didn't install a single camera anywhere in Delhi in the last five years. The whole of Nirbhaya fund is with you, you could have installed a few cameras," Mr Kejriwal said.