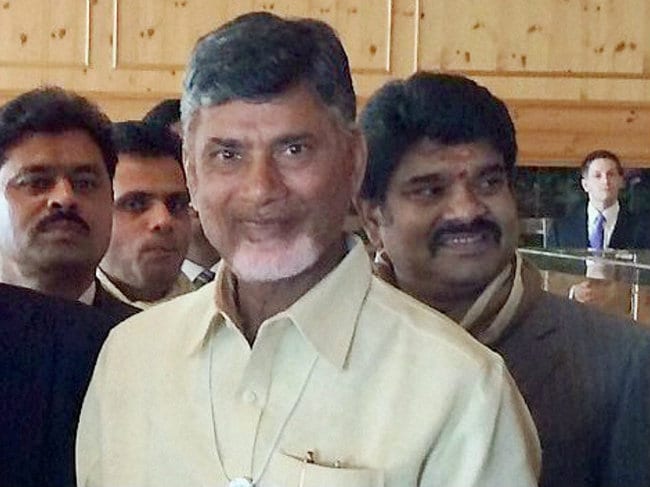 During the meeting, Mr Naidu informed the company executives about the advantages of Andhra Pradesh, the availability of abundant water and power, the Chief Minister's Office said in a statement.

"We have a 21-day clearance mechanism for industries. We have a deemed clause and are working with Lee Kuan Yew School of Public Policy in Singapore on the ease of doing business," he said.

Lauding Chinese manufacturers for their speed and scale of business, the Chief Minister said he wants to deliver all services through mobile.

"We are looking at mobile applications in our digital literacy campaign," he added.

Stating that Andhra Pradesh will be an innovator and has been using technology for governance, Mr Naidu said the state could emerge as an electronics hub.

Xiaomi India head Manu Jain during a presentation, said it works with Foxconn in China, Brazil and India.

Meanwhile, Josh Foulger, Vice-President of Foxconn was quoted as saying, "We're looking at USD 3.5 billion investment in India in the next two-three years. This would span across smartphones, software, TVs and other electronics."

After stating that Andhra Pradesh is looking forward to have Foxconn and Xiaomi in the state, the Chief Minister informed company executives that  AP State Skill Development Corporation (APSSDC) will pitch in to train people on the skills required.

In a meeting with executives from Sinomach which has 50 research and manufacturing companies, Liu Jingzhen, the company's vice-president evinced interest to invest in India and the company officials informed the Chief Minister that they will meet him with a detailed proposal in June or July.

The company has come up with a proposal to set up an industrial park.

The Chief Minister extended an invitation to Sinomach's president to visit AP soon so that an MoU can be signed with the company when Prime Minister Narendra Modi visits China next month.

During another meeting, Siemens senior Vice-President Muslum Yakisan after the presentation made by the AP delegation, said the new capital of Andhra Pradesh will require e-mobility solutions in traffic management, satellites, airports and air-traffic.

Yakisan said the company will come to the Chief Minister with a detailed project report.

Naidu said the company could explore PPP model. In his interaction at state-owned SUMEC Group, the Chief Minister said Andhra Pradesh is looking for a huge boost in renewable energy.
"Apart from the single-desk clearance system for