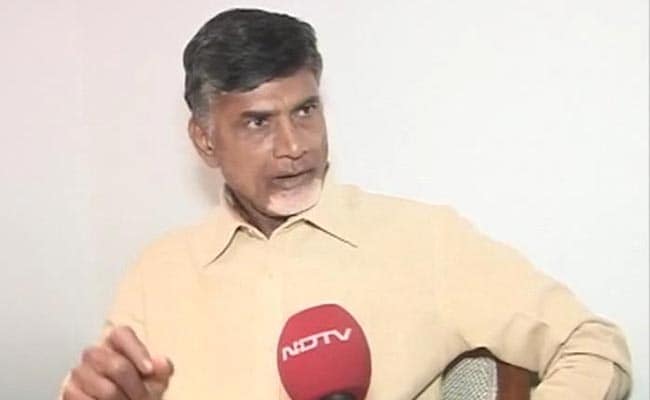 Mr Naidu made the announcement in Vijayawada after principal advisor of DMRC, E. Sreedharan submitted Detailed Project Reports (DPRs) to him in the presence of Union Urban Development Minister M. Venkaiah Naidu.

Mr Naidu later told reporters that DMRC had been asked to complete both the projects by December 2018. The metro project in the coastal city of Visakhapatnam is estimated to cost Rs 12,727 crore while the one in Vijayawada will cost Rs 6,769 crore.

Mr Venkaiah Naidu said Visakhapatnam metro would be developed on two corridors over a total length of 42.55 km.

The metro in Vijayawada is proposed to be developed on a 26.03 km corridor. The Union Minister said though Vijayawada does not meet the population criteria of 20 lakh for taking up the metro project, the central government had relaxed the rule.

He said the metro projects were being taken up as per Andhra Pradesh Reorganisation Act and promised all help from the Centre for their completion.

"We have decided to start work on Visakhapatnam metro. The ministry of urban development is studying Vijayawada metro project. We will finalise funding sources," he said.

The Union Minister said since the low population of Guntur doesn't make metro rail feasible, they were planning to have high-speed rail between Guntur and Vijayawada via Amaravati. DMRC has been asked to prepare the DPR for it.