A day after Telugu Desam Party (TDP) chief N Chandrababu Naidu appointed him as Party Whip, Kesineni Nani took to Facebook to declare that he is rejecting the post. 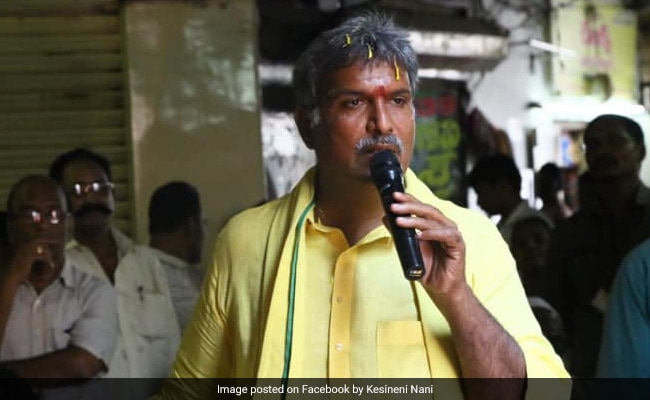 Kesineni Nani also stayed away from the iftar party hosted by Chandrababu Naidu on Monday.

Sulking over being ignored for the post of Telugu Desam Party (TDP) Parliamentary Party leader, Vijayawada MP Kesineni Nani on Wednesday refused to accept the post of Party Whip in the Lok Sabha.

A day after TDP chief N Chandrababu Naidu appointed him as Party Whip, Mr Nani took to Facebook to declare that he is rejecting the post.

"The people of Vijayawada have given me their blessings and elected me as their Member of Parliament. I would be more than happy to serve the constituency full time rather than this post," he said. The TDP MP also apologised to Mr Naidu for rejecting the post.

He also stayed away from the iftar party hosted by Mr Naidu in Vijayawada on Monday.

TDP, which lost power to YSR Congress Party in Andhra Pradesh, won only three of the 25 Lok Sabha seats in the state. Jayadev, Rammohan Naidu and Mr Nani retained their seats with narrow margins.

India Aviation expo to start in Hyderabad from March 14