The boy went missing on Monday evening soon while his parents, both bank employees, were out. His grandmother, on whose watch the boy was kidnapped, said there was a power cut and she could not clearly see the kidnappers. 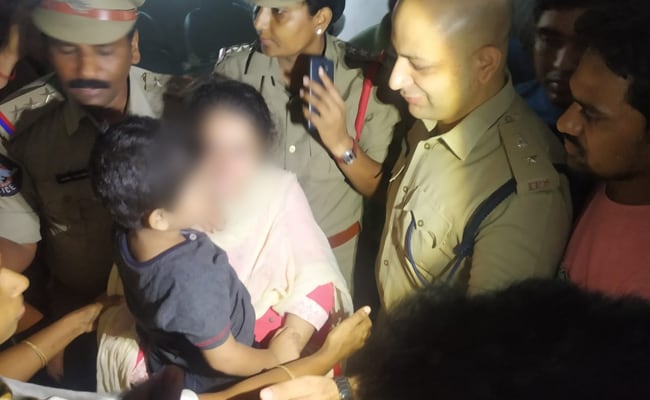 The boy reportedly told the police that he was kept in a house with two women and a little girl.

A four-year-old boy in Andhra Pradesh, allegedly kidnapped on Monday from his home in the East Godavari district, was found and returned safely after 60 hours of a search operation led by the state police. The identity of the kidnapper, however, is not yet known.

"Perhaps all the media attention scared the kidnappers and they let go of the child unharmed," the police told NDTV. Since the boy's return, he has been celebrated as a hero of this high drama kidnapping story with a happy ending.

The boy went missing on Monday evening soon while his parents, both bank employees, were out. His grandmother, on whose watch the boy was kidnapped, said there was a power cut and she could not clearly see the kidnappers.

The mother is nine months pregnant with her second child. The family was concerned that the trauma of the boy's kidnapping would affect health of the mother and that of the unborn baby.

The parents did not receive any ransom calls senior police officer Adnan Nayeem Asmi told NDTV. There were a few crank calls of "mischievous elements trying to take advantage of the situation," he said.

The police had formed 17 teams to follow leads in the case. Neighbouring district police were also alerted.

The case had got a lot of publicity, and even public representatives involved themselves. "It is a new government, so there was an attempt to link it to the law and order situation developing in the state," a police source said. The kidnappers had dropped the child at Rayavaram, about 12 km from where he was picked up, at 1 am on Thursday. He was found by a labourer who kept him at his home till day break. One of the locals recognised the boy whose face he had seen on social media in the last two days. The police and family were contacted.

"I was playing when they came and took me away," the child told the police and reporters soon after he was rescued.

The boy reportedly told the police that one of the men had been addressed as Raju and that he was kept in a house with two women and a little girl.

The child seems to have been taken care of. "I missed my mother and cried for her," the boy said, though he seemed confident, without exhibiting signs of fear or nervousness.

Police said that all possible angles are being explored to determine whether the abduction was done for ransom, out of personal enmity. "What is clear is that it was planned as CCTV footage suggests two similar masked men had come to the same apartment complex twice before in this month itself," the senior police officer said. "Whether that was a recce or a failed attempt is not yet clear," he said.