The 3 -- one accused of rape and the other two (both brothers) of theft and dacoity -- escaped by making a hole in the barrack wall by removing about 10 bricks, officials said. 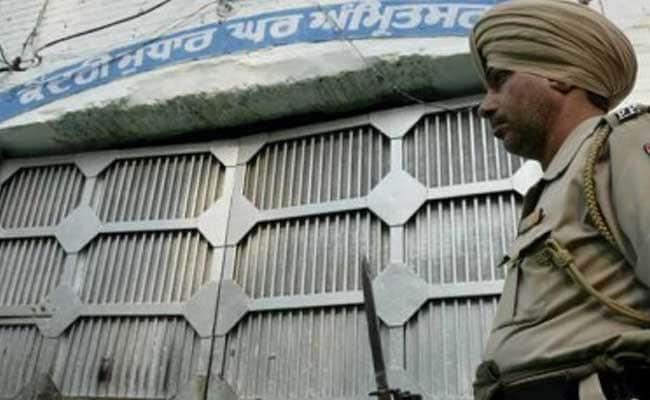 The prison guards were alerted about the escape by other inmates, according to initial information

Three undertrial prisoners escaped from the high-security Amritsar Central Jail by scaling the boundary walls, prompting Chief Minister Amarinder Singh to order a review and revamp of prison security across the state.

The three -- one accused of rape and the other two (both brothers) of theft and dacoity -- escaped on the intervening night of Saturday and Sunday by making a hole in the wall of their barrack by removing about 10 bricks, officials said.

"They then appear to have scaled the inner wall -- which is about 16-feet high -- by standing one atop the other. While the outer wall -- approx 21-feet -- was crossed by them using a hook made of a steel bar and the cover of a quilt to make a ladder.

"They finally escaped the jail complex from a point near Tower no. 10, which was not under CCTV cover," DGP Dinkar Gupta said, as per an official statement.

The DGP said there was no evidence of any outside help, according to preliminary investigations, which suggests that the trio, among 61 prisoners in barrack no. 7, Ahata no. 2, had planned their escape on their own.

Chief Minister Amarinder Singh ordered a magisterial inquiry which will be led by Commissioner Jalandhar. Mr Singh has also directed the jails minister to immediately suspend, pending inquiry, all those responsible for prison security.

He also asked the ADGP Jails to review and further strengthen prison security not just in this jail but in jails across the state, official said.

A statewide hunt has been launched for the trio, they said.

The jail authorities came to know about the incident at 3.20 am, almost two hours after the prisoners broke their barrack and escaped by scaling the inner and outer walls of the jail, as per the CCTV footage from the prison, officials said.

The prison guards were alerted about the escape by other inmates, who included a brother of one of the escaped prisoners, according to initial information.

One of the escaped prisoners has been identified as Vishal, aged about 22 years of Ara Colony, Majitha Road, Amritsar. He is accused in a rape case registered last year.

"He was lodged in the jail on 05-04-2019. The other two are brothers, identified as Gurpreet, aged 34, and Jarnail, aged 25, residents of Chandigarh Road, Khadoor Sahib, Tarantarn," the DGP said.

He said the two brothers were accused of theft and dacoity and were brought to the prison in July last year.

Vishal's brother Gaurav, also in the same barrack, chose not to flee with them, said the DGP.