Your Generation Should Live: From Mark Zuckerberg, A Letter To Second Daughter August

The Facebook co-founder and his wife, Priscilla Chan, welcomed their second daughter to the world - August on Monday. 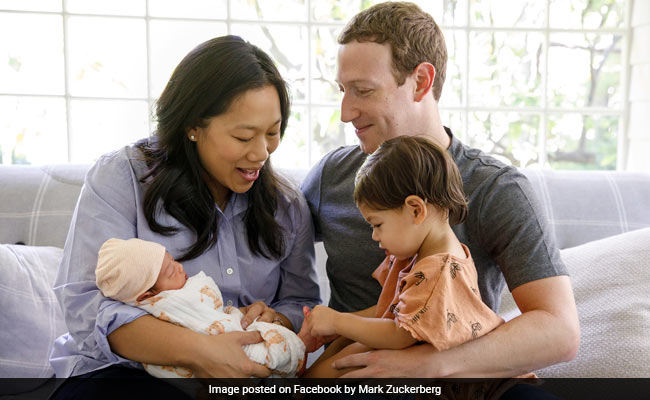 Mark Zuckerberg became a father for the second time on Monday.

On Monday, Mark Zuckerberg became a father for the second time. The Facebook co-founder and his wife, Priscilla Chan, welcomed their second daughter to the world - August. And for the newborn, the 33-year-old has a powerful message: "Your generation should live".

In a Facebook post, that is going viral with over 8 lakh likes and more than 16,000 shares in two hours, Mr Zuckerberg has written a letter to his day-old daughter, talking about hope. "We're optimists about your generation and the future," he writes, adding even though the headlines often focus on what's wrong with the world today, he and his wife still believe the positive trends will win eventually.

"Childhood is magical" writes the Facebook co-founder, stressing on how important it is to make time to go outside and play.

"You only get to be a child once, so don't spend it worrying too much about the future. You've got us for that, and we'll do everything we possibly can to make sure the world is a better place for you and all children in your generation," he tells his daughter.

Mr Zuckerberg had written a similar letter when his first daughter, Maxima was born in 2015, in which he had spoken about more pragmatic issues like education and equality. However, in the letter addressed to his second daughter, he has sliced out the simplest yet most beautiful parts of growing up.

"I hope you take time to smell all the flowers and put all the leaves you want in your bucket now. I hope you read your favourite Dr Seuss books so many times you start inventing your own stories about the Vipper of Vipp," he writes.

"I hope you ride the carousel with Max until you've tamed every color horse. I hope you run as many laps around our living room and yard as you want. And then I hope you take a lot of naps. I hope you're a great sleeper. And I hope even in your dreams you can feel how much we love you," he adds.

Mark Zuckerberg ends the letter saying that he hopes to be a part of the adventure that is to come with her birth.

When their first daughter Maxima was born, the couple had unveiled their philanthropic fund, The Chan Zuckerberg Initiative. The fund, which is backed by Mr Zuckerberg's Facebook fortune, hopes to cure the world's diseases by the end of this century.

Promoted
Listen to the latest songs, only on JioSaavn.com
Read the entire letter by Mark Zuckerberg below: