The White House has already said Joe Biden will meet Xi Jinping on Monday, when the "leaders will discuss efforts to maintain and deepen lines of communication" 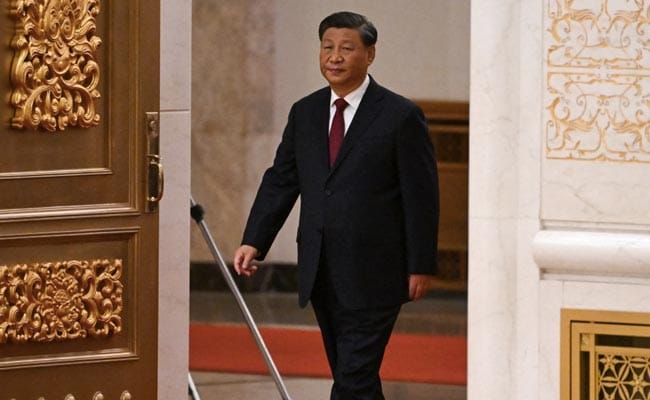 The US and China have a massive investment and trade relationship but are also challenging each other.

Xi Jinping will attend the G20 summit in Indonesia next week and meet his US counterpart Joe Biden, Beijing's foreign ministry confirmed on Friday, in their first in-person talks since the Chinese president sealed a historic third term as leader last month.

The two met prior to Biden taking office in January 2021 and have spoken by phone a number of times since then, but the Covid-19 pandemic and Xi's subsequent aversion to foreign travel have prevented them from meeting in person.

He will then travel to Thailand from November 17 to 19 to attend the Asia-Pacific Economic Cooperation (APEC) summit, Zhao confirmed.

The White House has already said Biden will meet Xi on Monday, when the "leaders will discuss efforts to maintain and deepen lines of communication", as well as how to "responsibly manage competition and work together where our interests align".

The US and China have a massive investment and trade relationship but are also challenging each other's military and diplomatic influence, especially in the Asia-Pacific region.

They also face a potential flashpoint over the self-ruled island of Taiwan, a close ally of the US that Xi has made clear he believes should be under Beijing's control.

On Wednesday, Biden said he has already made clear to Xi that he is "looking for competition, not conflict", adding they will discuss Taiwan, but that the US stance on the island "has not changed at all".

After almost three years of self-imposed pandemic isolation where international diplomacy was largely conducted via videolink, China now aims to shore up its global alliances -- especially with developing countries -- in the face of increased competition with the US and a world destabilised by the Ukraine war.

A flurry of state visits to China this month has highlighted the importance of maintaining trade and other diplomatic ties -- even as China acts more assertively to defend its interests.

His visit capped off a string of trips by the leaders of Pakistan, Tanzania and the Vietnamese Communist Party -- the most numerous face-to-face meetings Xi has conducted since hosting more than a dozen world leaders at February's Beijing Olympics.