Initially focused on opposition to a proposed extradition law, protestors' demands have evolved into broader calls for democracy and investigations into police violence. 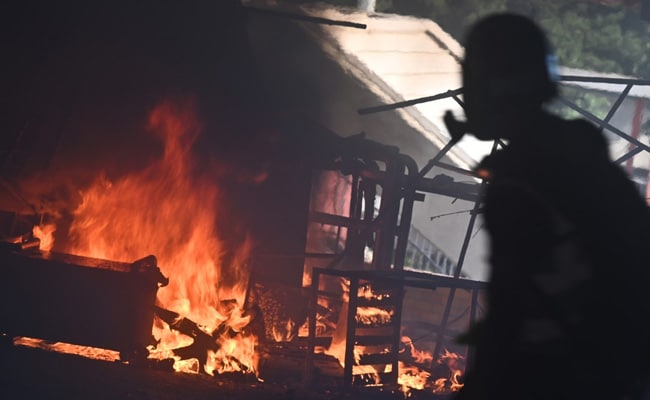 Pro-democracy protesters choked the city with barricades and rallies for a fourth straight day Thursday, days after police shot a protester with a live round and a man expressing pro-Beijing views was set on fire.

Recent actions by protesters have "seriously challenged the baseline principle of 'one country, two systems'", Xi said in rare comments on the violence in Hong Kong at a summit of BRICS countries in the Brazilian capital of Brasilia.

Initially focused on opposition to a proposed extradition law, protestors' demands have evolved into broader calls for democracy and investigations into police violence.

Hong Kong was handed back to China by the British in 1997 under a "one country, two systems" policy which gives the territory rights unseen on the mainland- freedoms protesters say are being steadily eroded by Beijing.

Clashes between protestors and police escalated after the recent death of a student who succumbed to head injuries sustained during a fall as police skirmished with demonstrators inside a car park.

(Except for the headline, this story has not been edited by NDTV staff and is published from a syndicated feed.)
Comments
Hong Kong ProtestPresident Xi JinpingPro-democracy protesters