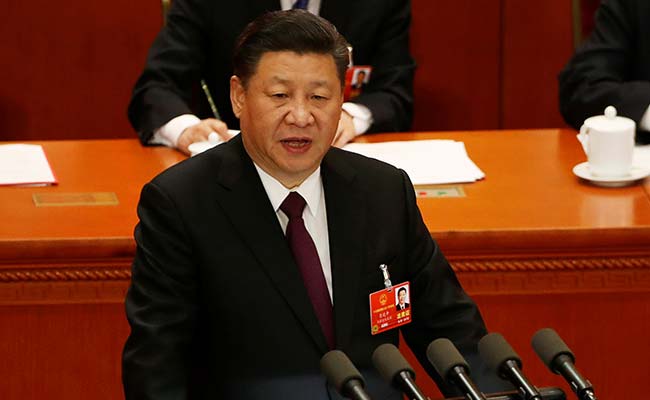 Beijing: Chinese President Xi Jinping Thursday stressed the "urgent" need to build a powerful navy during a surprise visit to observe naval exercises in the disputed South China Sea, state media reported as the country prepares for live-fire drills in the Taiwan Strait.

The region has become a potential flashpoint, with the US saying China's activities in the area pose a threat to freedom of navigation in the strategically vital waterway, where Beijing has built an archipelago of artificial islands capable of hosting military equipment.

Footage of Xi's visit on state broadcaster CCTV showed the president watching jets taking off from China's sole aircraft carrier, the Liaoning, and joining sailors for a meal.

In a speech to the assembled troops, Xi said China's task to build a powerful navy "has never been as urgent as it is today".

His visit comes as Washington engages in its own muscle flexing in the region, where the aircraft carrier USS Theodore Roosevelt gave a demonstration Tuesday for members of the Philippine government.

China's own naval drill -- involving the Liaoning and dozens of other vessels -- began at the end of March, with US officials saying the two exercises are separated by several hundred kilometres (miles).

Some 48 warships, 76 fighter jets, and more than 10,000 navy personnel took part in the drill at an undisclosed location, said China Military, a newspaper affiliated to the People's Liberation Army.

Beijing asserts sovereignty over almost all of the resource-rich South China Sea despite rival claims from several of its Southeast Asian neighbours.

China regularly protests when US warships' carry out "freedom of navigation" operations near its islands.

Xi's visit came as China announced plans to hold live-fire naval drills next week in the narrow strait separating the mainland from Taiwan, an act that could ratchet up tensions with the island.

"Live-fire military manoeuvres will take place... in the Taiwan Strait on (Wednesday) April 18, 2018 between 8am and midnight," the maritime safety administration of Fujian, the province that lies opposite Taiwan, said in a statement.

China, which regards self-ruled Taiwan as its territory -- to be reunited by force if necessary -- has stepped up air and naval patrols around the island since Beijing-sceptic President Tsai Ing-wen came to power in May 2016. 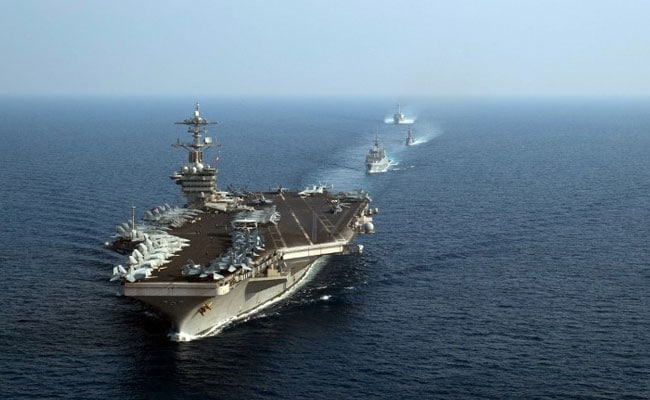 She refuses publicly to accept the "One China" formula agreed between Beijing and Taiwan's previous government.

The Liaoning and other vessels passed through the Taiwan Strait on March 20 -- the day Xi warned against any attempts to divide China.

Taiwan's defence ministry said it would keep a close eye on the upcoming exercise.

Promoted
Listen to the latest songs, only on JioSaavn.com
"The defence ministry stresses that the military can comprehensively monitor and respond to the regional situation to ensure national security. We ask the public to rest assured," it said in a statement.