World Population Hits 8 Billion, Next Billion To Come From Only 8 Countries: UN Report

The UN also emphasised that though there was a big surge in the second half of the 20th century, population growth may now begin to slow. 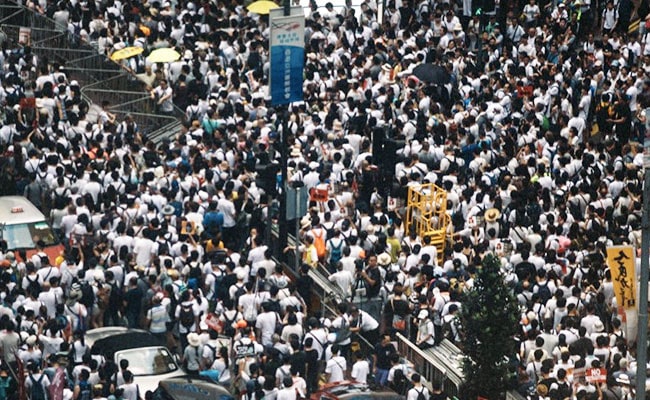 Earth now has eight billion people living on it, according to a report by The United Nations. Interestingly, the next billion people are projected to come from only eight countries - Congo, Egypt, Ethiopia, India, Nigeria, Pakistan, the Philippines and Tanzania. The projection is revealed in the UN's World Population Prospects 2022 report, which also shows that India is on course to surpass China as the world's most populous country in 2023. Meanwhile, according to a Bloomberg report, half of the population still lives in just seven countries: China, India, the US, Indonesia, Pakistan, Nigeria and Brazil.

The United Nations called the eight billion-mark as "a historic milestone for humanity", noting, "This unprecedented growth is due to the gradual increase in human lifespan owing to improvements in public health, nutrition, personal hygiene and medicine."

The UN also emphasised that though there was a big surge in the second half of the 20th century, population growth may now begin to slow. The global life expectancy is 72.8 years as of 2019, an increase of nearly nine years since 1990. Current projections believe the life expectancy could be 77.2 years by 2050.

While it could take 15 years to reach nine billion, the UN doesn't expect to reach 10 billion until 2080, a sign that the overall growth rate of the global population is slowing. At the global level, population decline is driven by low and falling fertility levels, the UN noted.

The report also noted that global population growth is more centralised in some of the world's poorer countries, like those in sub-Saharan Africa, adding that countries that tend to have a higher income per capita, may not necessarily have a rapidly growing population.

Speaking about the population growth on World Population Day on July 11, UN Secretary-General Antonio Guterres said, "This year's World Population Day falls during a milestone year when we anticipate the birth of the earth's eight billionth inhabitant. This is an occasion to celebrate our diversity, recognise our common humanity, and marvel at advancements in health that have extended lifespans and dramatically reduced maternal and child mortality rates."