The World Bank's decision comes after Indonesia was rocked by a string of recent disasters including a deadly earthquake-tsunami that killed thousands. 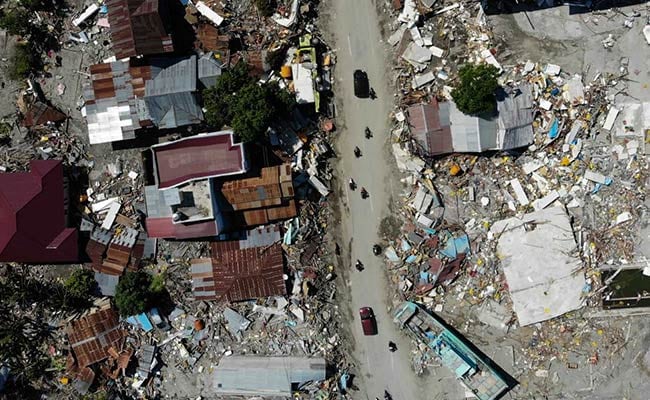 The World Bank on Sunday announced funding of up to $1 billion for Indonesia after it was rocked by a string of recent disasters, including a deadly earthquake-tsunami that killed thousands.

CEO Kristalina Georgieva unveiled the funds at Indonesian holiday island Bali, where the Bank and the International Monetary Fund have been holding their annual meetings.

Rescue teams scoured the wreckage for a fortnight before calling off the search for the dead, acknowledging as many as 5,000 missing people might never be found.

Georgieva said the funds being made available by the Bank in the form of loans could be used for reconstruction but were also intended to help Indonesia build "resilience", so it would be better prepared in the face of future disasters.

"Disasters will continue to hit and with climate change there will be more," said Georgieva, who visited Palu earlier this week.

"The best memorial we can build for the victims of disaster is to build better, so next time when a disaster hits fewer people are affected, fewer lives are lost, and there is less damage."

Nearly 90,000 people were displaced by the quake in Palu, forcing them into evacuation centres across the rubble-strewn city.

Officials said it could be two years before all the homeless are found permanent accommodation.

Donations have begun pouring into the coastal city of 350,000 after a slow start which saw Indonesia criticised for stalling the flow of relief supplies.

The shallow 7.5-magnitude tremor was more powerful than a series of quakes this summer that killed more than 550 people on the Indonesian island of Lombok and neighbouring Sumbawa.

Indonesia has been hit by a string of other deadly quakes, including a devastating 9.1-magnitude tremor that struck off the coast of Sumatra in December 2004, killing 220,000 throughout the region, including 168,000 in Indonesia.

"This is not one earmark for a certain project, this is something that can be used by the government to support (people) during this uncertain time," she said.

The funding was particularly important in the current economic climate, she said, "with much higher interest rates, tightening of liquidity, (it is) a much harder environment for us to get financing from outside".

Indonesia is one of the most disaster-prone nations on earth.