At Delhi 2+2, US To Signal It's More Stable Than Trump: Foreign Media 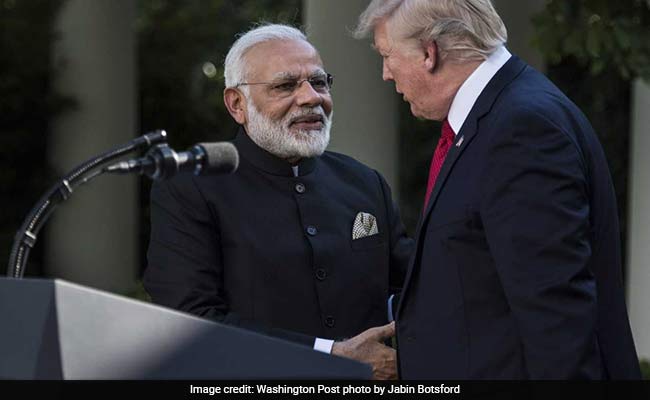 When two senior American officials travel to New Delhi this week, they will face a tricky task: reassuring India that the United States is not as unpredictable as its president.

Secretary of State Mike Pompeo and Secretary of Defense Jim Mattis are meeting with their Indian counterparts on Thursday in the first such meeting of its kind and an occasion meant to underscore the evolving partnership between the world's two largest democracies.

Seeking closer ties with India is one area of foreign policy where the Trump administration has embraced the approach of its predecessors rather than throwing it out the window.

For years, under both Republican and Democratic administrations, the United States and India have drawn closer together. The two countries share a long list of concerns, from China's rise to maritime security to checking terrorism.

But the relationship has also been marked by frictions and the current moment is no exception, with India's reliance on Russia as a defense supplier and its economic ties to Iran raising hackles in Washington.

In some ways, the Trump administration has gone further than prior administrations, both in symbolism and in substance, to deepen the bonds between the two countries.

Earlier this year, the Pentagon changed the name of the Pacific Command to the Indo-Pacific Command, a nod to India. In July, the United States gave India the same status as members of NATO and other close allies when it comes to exports of sensitive technology.

India has also welcomed the Trump administration's tough approach to Pakistan, including the recent decision by the United States to freeze $300 million in funding to Islamabad.

"All of these changes are very much in a positive direction," said Arvind Gupta, who served as India's deputy national security adviser until last year. The United States has "started looking at India's security concerns quite sympathetically."

But in other areas there is plenty of tension. India is one of many targets in President Donald Trump's trade war. After the United States imposed new tariffs on Indian steel and aluminum, India retaliated. Earlier this year Trump tweeted that India's tariffs on Harley Davidson motorcycles were "too high." (He has also affected an Indian accent to imitate Narendra Modi, India's prime minister, during discussions of U.S. strategy in South Asia.)

One worry in New Delhi is how the president will ultimately deal with India's planned purchase of a Russian missile defense and antiaircraft system known as the S-400. The purchase would violate sanctions imposed by Congress but lawmakers later allowed for the possibility that some nations could receive a presidential waiver. Last month, Randall Schriver, a senior Pentagon official, cautioned that such a waiver for India should not be taken for granted.

"Trump has given no indication that he will actually exercise the waiver," said Ashley Tellis, a former senior Bush administration official and longtime India expert. "It's one of these things that is going to hang there as a complication" in the US-India relationship.

Another complicating factor is India's imports of oil from Iran. The United States will reimpose sanctions on Iranian oil in November and is pushing buyers like India to make dramatic reductions in their purchases.

Against such a backdrop, Thursday's meeting between Mattis and Pompeo and their Indian counterparts, Defense Minister Nirmala Sitharaman and External Affairs Minister Sushma Swaraj, takes on an added significance. Both sides want to show forward momentum and demonstrate that they can work through their disagreements. The American officials are also expected to meet with the Indian prime minister during their one-day visit.

"Given the uncertainty over where the president stands and what he cares about on any given day, [the meeting] is a sign of continuity," said Joshua White, who served as a senior adviser on South Asian affairs at the National Security Council under the Obama administration. It is a signal "that we're still willing to invest at a high level in the U.S.-India relationship."

The meeting was meant to be held earlier this year in Washington, but the Trump administration postponed it twice. The two countries are expected to announce an agreement in principle on a fundamental accord which they have been negotiating for years to allow secure communications in the military arena. They may also announce new mechanisms for cooperation between their respective militaries, according to Indian media reports.

"These high-level summits are almost like a decision-forcing mechanism," said Dhruva Jaishankar, a fellow at Brookings India in New Delhi. They "function as deadlines to get things done."

The fact that Thursday's pathbreaking meeting - dubbed the "2 + 2" after its participants - is taking place is already notable. "When even Canada can get into trouble with the U.S., you can imagine the amount of turbulence in the international system," said Manoj Joshi, a fellow at Observer Research Foundation in New Delhi. Holding a meeting which sends the signal that "everything is fine" is "not a small achievement in the current times."