Why an airline wants to charge passengers by weight 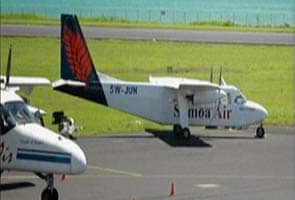 Sydney: A Samoan airline that says it is the world's first carrier to charge passengers by their weight rather than per seat defends the plan as the fairest way to fly, in some cases actually ending up cheaper than conventional tickets.

Samoa Air, which opened in 2012, asks passengers to declare their personal weight during booking, which is then charged per kilogram (2.2 lb) at a rate dependent on flight length. The customers will also be weighed at the check-in counter.

"The industry has this concept that all people throughout the world are the same size," Samoa Air CEO Chris Langton told Reuters. "Aeroplanes always run on weight, irrespective of seats."

"There is no doubt in my mind that this is the concept of the future. This is the fairest way of you travelling with your family, or yourself."

Though the airline instituted the plan last November, it caught attention last week when the carrier began international flights to neighbouring American Samoa and coincided with the publication of a report by a Norwegian economist suggesting that airlines should charge obese passengers more.

The Pacific Islands contain some of the world's most prevalent countries for obesity, many ranking in the top 10, according to the World Health Organisation (WHO). Samoa is ranked number four, with 59.6 percent of the population considered obese, said the most recent 2008 WHO report.

According to Samoa Air's latest schedule, the airline charges up to WS$1.32 per kg for domestic flights and WS$2.40 per kg for its only international flight to American Samoa, around 250 miles (402 km). A 150 kg person flying one-way internationally would be charged $154.50.

Children under 12 are charged 75 percent of the adult rate, with fares also based on weight. Any overweight baggage is calculated at the same rate as the passenger's personal weight.

The plan could actually prove cheaper in some cases, such as for families travelling with small children, and Langton said customer feedback has mainly been "amazingly positive".

"When the initial shock has worn off, there's been nothing but support," said Langton. "People who are up around 200 kg recognise...they're paying (for) 200 kg, so they deserve to get 200 kg of comfort," he added.
© Thomson Reuters 2013
Comments
Samoa Air