Vice President Mike Pence is the favorite, at least according to one online sportsbook. 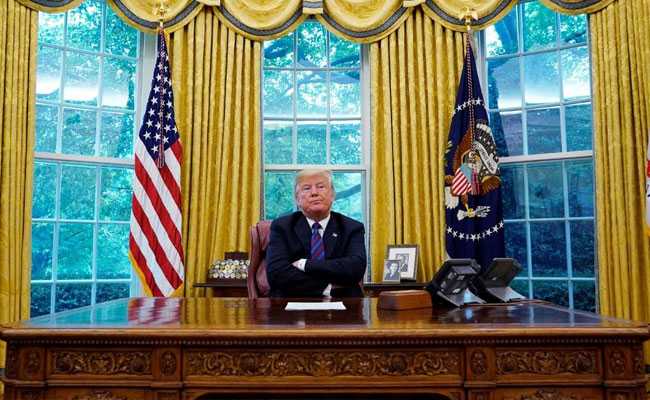 There is the distinct possibility that the "senior official" in Trump administration is never unmasked.

The anonymous and scathing New York Times commentary written by "a senior official in the Trump administration" set Washington aflame on Wednesday, elevating one question in the minds of even casual politicos: Who wrote it?

At least some online gambling operations have taken note.

"Nothing will ever take the place of sporting events," Jake Slater, the general manager of MyBookie.ag, said in an interview. "But we definitely see the more volatile politics throughout the world gets, the more action we're generating."

The site is accepting wagers up to $100 on the identity of the unnamed author, running through Sept. 9. As of 1 p.m. Thursday, the site had already received 200 wagers adding up to $5,000, according to David Strauss, MyBookie's head oddsmaker.

A Sunday afternoon NFL game, by comparison, will draw hundreds of thousands of dollars in bets, he said.

Vice President Mike Pence was the favorite Thursday morning, thanks perhaps to the essay's use of the term "lodestar," a phrase he has employed.

Wagers on Pence carried -150 odds Thursday morning, meaning a successful $150 wager would generate a profit of $100. Pence is among the many administration officials who have denied authoring the piece.

Education Secretary Betsy DeVos ran a close second at MyBookie.ag, with +200 odds (a $100 wager would profit $200). Secretary of State Mike Pompeo, Chief of Staff John Kelly and Treasury Secretary Steven Mnuchin were all tied for third with +400 odds.

In addition to a variety of other well-known officials, at least in political circles, gamblers could also take "the field," anyone not named by MyBookie, for -310 odds.

The question of the letter writer's identity, of course, was being asked everywhere in Washington on Wednesday and Thursday, prompting "another remarkable round of Washington's unofficial sport: speculative gossip," as The Washington Post's Taylor Telford reported.

"Internet conspiracy theorists cracked their knuckles and settled in for a long night's work, which then spilled into Thursday. Pundits sat by their phones and in front of TV cameras, waiting for their chances to weigh in. Ravenous masses took to Twitter and Reddit to tear into the piece's bread crumbs. The game was afoot."

So how does a sportsbook - accustomed to handicapping football or basketball games - set odds on the author of an anonymous New York Times commentary?

"In this industry, everybody has some sort of well kept secret or contact," Slater said. "Our lines are based on the information that we're receiving, and we go from there."

"The research is fairly in depth when we do these sort of things, because when we throw numbers at the wall, we're going to get burned," Strauss said. "I'll talk to people who know about this sort of thing, but Trump isn't calling me saying, 'Pence is the man.'"

Bovada, another online sportsbook, listed its own odds Thursday: Attorney General Jeff Sessions was the front-runner at +250, with Pence right behind at +300 and Kelly and Defense Secretary Jim Mattis at +400.

There is also the distinct possibility that the anonymous "senior official" is never unmasked. "Deep Throat," Washington's most famous anonymous source, maintained his anonymity until the final years of his life, more than three decades after Richard Nixon resigned the presidency.

In such a scenario, Strauss said, MyBookie (which is licensed by the government of Curacao) would leave the bets on the books until an answer emerges. It could take a month. It could take decades.

If the mystery drags on after the op-ed is out of the news cycle, gamblers can call MyBookie and request their money back, Strauss said.

"We will never find out" is not a betting option.

MyBookie also offered other Trump-related prop bets, the sort of publicity gimmick online books often use around big news stories: Will the Trump White House charge the author of the op-ed with treason ("yes" is favored over "no"), and will Trump be impeached before the 2020 election ("no" is a heavy favorite), for example.

(Except for the headline, this story has not been edited by NDTV staff and is published from a syndicated feed.)
Comments
New York Times Op-EdDonald TrumpMike Pence