Donald Trump's team knew that former national security adviser Mike Flynn was the subject of a federal investigation when they hired him, according to reports. 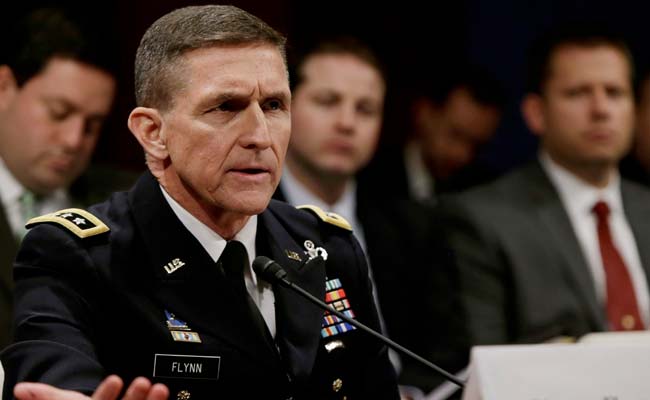 Washington: Mike Flynn, Donald Trump's fired national security adviser, told the president-elect's transition team that he was the subject of a federal investigation, but was hired for the post anyway, the New York Times reported late Wednesday.

Flynn, who ended up being fired from the position after just 24 days, is at the center of a sprawling federal investigation into alleged Russian interference in the 2016 US presidential election.

The White House has said that Flynn was dismissed for misleading Vice President Mike Pence about a phone call with the Russian ambassador, during which he reportedly discussed ways of softening US sanctions on Russia.

Trump repeatedly tried, without success, to get FBI director James Comey to drop the probe into Flynn.

He finally fired Comey last week, in a move legal experts say could become the basis for an obstruction of justice investigation against the beleaguered American president.

A decorated retired general, Flynn during the Barack Obama adminstration was ousted as the head of the Defense Intelligence Agency.

Obama, shortly after last November's presidential election, reportedly warned Trump not to hire Flynn for the national security post, according to news reports -- advice the billionaire businessman failed to heed.

(Except for the headline, this story has not been edited by NDTV staff and is published from a syndicated feed.)
Comments
Mike FlynnDonald TrumpRussia US Elections