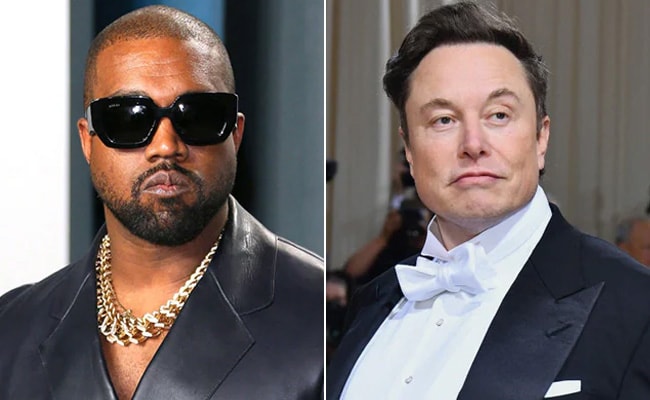 Rapper Kanye West saying he believes Elon Musk could be "half Chinese" and a "genetic hybrid" evoked a mellowed-down response. "I take that as a compliment!" Musk tweeted this morning on the remarks of West, whose Twitter account was suspended again last week.

I take that as a compliment!

The rapper's Twitter account was reinstated just two months ago after Musk took over the company. He was earlier suspended over his anti-Semitic tweets while the latest action was due to the violation of the platform's rules.

The platform suspended him last Friday after it deleted his post featuring a Swastika symbol used by the Nazis, according to The Hollywood Reporter.

In response, West said on Instagram tens of Elon Musks were probably made and the Tesla CEO was the "first genetic hybrid that stuck".

"Am I the only one who thinks Elon could be half-Chinese? Have you ever seen his pics as a child? Take a Chinese genius and mate them with South African supermodel and we have an Elon," said West, who had changed his name to Ye.

"I say an Elon because they probably made 10 to 30 Elons and he is the first genetic hybrid that stuck...Well let's not forget about Obama," he added.

Responding to a user who asked for West to be "fixed", Musk said he tried his best to do that.

I tried my best. Despite that, he again violated our rule against incitement to violence. Account will be suspended.

"I tried my best. Despite that, he again violated our rule against incitement to violence. Account will be suspended." Musk tweeted.