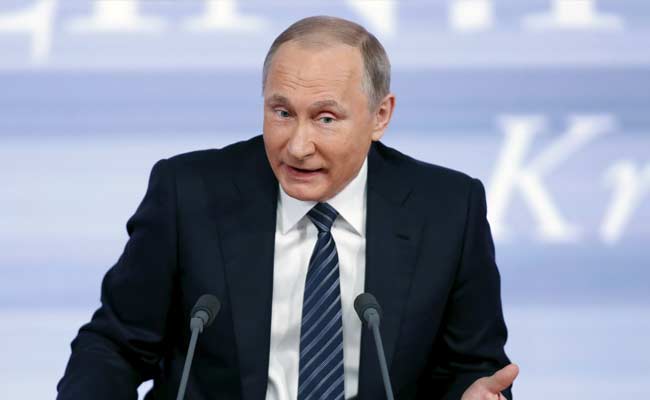 While Russia has since September 30 launched airstrikes in Syria, Putin called on Western countries to collaborate more closely with Moscow in the fight against the ISIS group.

President Vladimir Putin acknowledged today in an interview with German daily Bild that Western economic sanctions over the Ukraine crisis are affecting Russia.

"Concerning our possibilities on the international financial markets, the sanctions are severely harming Russia," he said in a long interview, calling the EU sanctions "a theatre of the absurd".

Moscow has been hit by US and European sanctions over the conflict between pro-Russian separatists and Ukrainian forces which has claimed more than 9,000 lives since April 2014.

In late December, the EU extended its sanctions by six months, arguing that the Minsk peace agreement signed by Moscow has not been fully implemented.

Putin said, however, that "the biggest harm is currently caused by the decline of the prices for energy," according to an English-language transcript published by Bild online.

"We suffer dangerous revenue losses in our export of oil and gas, which we can partly compensate for elsewhere," he said.

"But the whole thing also has a positive side: if you earn so many petrodollars -- as we once did -- that you can buy anything abroad, this slows down developments in your own country."

"Last year, the gross domestic product had dropped by 3.8 per cent. Inflation is approximately 12.7 per cent. The trade balance, however, is still positive.

"For the first time in many years, we are exporting significantly more goods with a high added value, and we have more than $300 billion in gold reserves."

While Russia has since September 30 launched airstrikes in Syria, Putin called on Western countries to collaborate more closely with Moscow in the fight against the ISIS group.

"Yes, we should cooperate much more closely in fighting terrorism, which is a great challenge," he said.