A video showed the Queen nonchalantly nodding in agreement - a priceless reaction that has gone viral on social media. 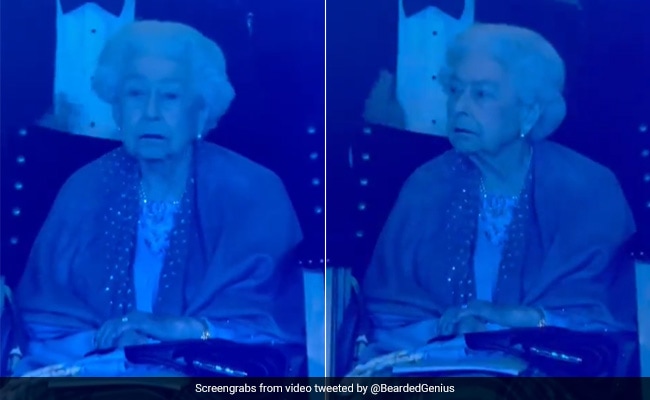 Internet users have turned the hilarious moment into a meme.

Queen Elizabeth's reaction to a particular moment during her televised Platinum Jubilee celebrations has taken the internet by storm. On Sunday, ITV hosted the first celebrity-filled event to mark the Queen's 70 years on the throne. The gala was led by the partnership of Hollywood actor Tom Cruise and British TV Presenter Alan Titchmarsh, with the latter finding himself at the centre of one of the most shared moments from the event.

Hailing the Queen of the United Kingdom, Mr Titchmarsh said, “There's been one constant heartbeat of this nation and that heart belongs to Her Majesty, the Queen”.

To this, while the crowd began cheering and applauding, a video showed the Queen nonchalantly nodding in agreement - a priceless reaction that has gone viral on social media. To cap the hilarious moment off, Queen Elizabeth is also seen shrugging before the camera cut away from her.

Now, social media users have turned the hilarious moment into a meme. Netizens also reshared the video with comedic comments. “The ‘What can I say? The man has a point' shrug,” one person wrote. Another said, “You know when you see something live and you just know it's going to be a meme forever.” “The Queen's reaction is me when pretending to understand a seminar,” added third.

Meanwhile, another moment from Sunday's ITV special went viral after the programme aired. Viewers were quick to flock to social media to criticise Tom Cruise, who they said was stealing the Jubilee spotlight. During the interview, while the hosts Philip Schofield and Julie Etchingham spoke about their affection for the UK and in particular the Queen, the 59-year-old actor focused entirely on his upcoming movie 'Top Gun: Maverick'. Mr Cruise spoke about his film in great detail.