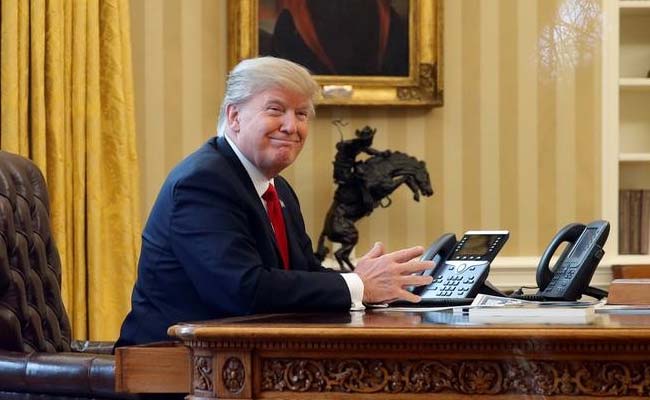 Donald Trump said that US is in the process of designing the wall on its southern border with Mexico.

Washington: President Donald Trump on Wednesday said that the US is in the process of designing the wall on its southern border with Mexico.

"The wall is getting designed right now. A lot of people say, 'Oh, oh, Trump was only kidding with the wall.' I wasn't kidding. I don't kid. I don't kid," Mr Trump told conference of County Sheriffs at the White House.

The wall, a major poll promise, is essential to stop the flow of illegal immigrants and drug pouring into the country from across the border, he said.

"Just ask Israel about walls. Do walls work? Just ask Israel. They work, if it's properly done. It's time to dismantle the gangs terrorising our citizens. It is time to ensure every young American can be raised in an environment of decency, dignity, love and support," he said.

Promoted
Listen to the latest songs, only on JioSaavn.com
Mexican President Enrique Pena Nieto and US President Donald Trump spoke by phone on January 27, a Mexican official said, amid diplomatic tensions over Trump's border wall plan.

On January 25, Trump signed an executive order telling officials to begin to "plan, design and construct a physical wall" along the 3,200-kilometre (2,000-mile) US-Mexico border, making good on a campaign pledge.