A news report published on Monday picked up major heat by setting up the highly dubious comparison that Henry Cavill was paid $14 million for 2013's Man of Steel while Gal Gadot reportedly earned $300,000 for Wonder Woman 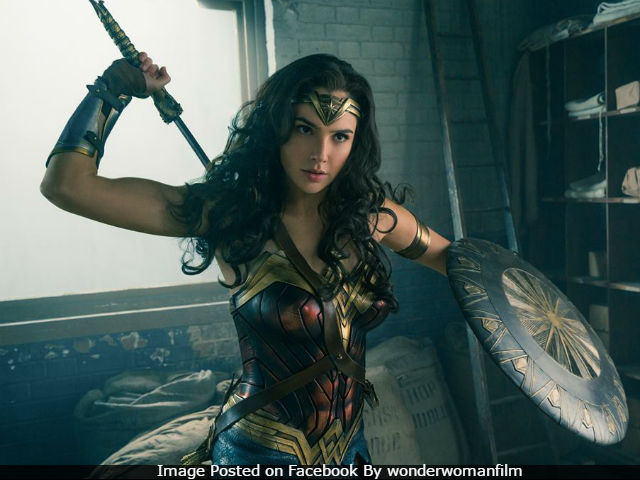 Washington: Does Wonder Woman pull down the same kind of coin as Superman?

An Elle.com story published Monday picked up major heat by setting up the highly dubious comparison that Henry Cavill was paid $14 million for 2013's Man of Steel - his first outing as Superman - while Gal Gadot reportedly earned $300,000 for her titular debut in the current white-hot blockbuster Wonder Woman. (Gadot's upfront salary was reported by Variety in 2014, via an Israeli entertainment show.)

After that story went viral, however, Elle.com published an update to say that the outlet has been unable to confirm Cavill's $14 million payday, which was reported by Forbes in 2016 and practically begs for a lasso of truth.

So much information is unknown here. Reports of Gadot's payday don't indicate what percentage "points" she might have negotiated off of her new film's total gross, for example. They also don't indicate the comparative salaries of Cavill and Gadot for 2016's Batman v Superman: Dawn of Justice, in which they appeared together.

Plus, a source familiar with tentpole-film salary talks told Vanity Fair of that $14 million figure, with or without bonuses or points: "It certainly isn't for one picture. That's insane."

It's entirely plausible - even likely, in fact - that Cavill and Gadot were paid on a near-identical scale for their debut outings in a DC costume. (One source told the Hollywood Reporter that Gadot made the same upfront, "if not slightly more.") Such actors seldom have the leverage - in the post-2007 era of connected cinematic universes - to command a base salary in the millions for their rookie superhero outing. (That, of course, doesn't necessarily apply to supporting roles filled by such on-the-marquee legends as Anthony Hopkins, Morgan Freeman and Robert Redford.)

Superhero actors who begin leading a tentpole generally earn in the low- to mid-six figures initially in upfront salary (points and bonus benchmarks aside), and typically play the long game: You want the security of a multi-picture deal if you're lesser-known, but you also want the flexibility to build in higher pay if your franchise actually becomes a billion-dollar behemoth. Case in point: Expect Gadot to renegotiate for the sequel. (Wonder Woman has already racked up $573 million in worldwide gross - on track to pass "Man of Steel's" $668 million total.)

The deeper context is Hollywood's long, lingering gender-pay imbalance. In 2015, the debate made headlines again when Jennifer Lawrence initially expressed anger upon learning through the Sony hack that her American Hustle male co-stars made more than she and Amy Adams did. (Bradley Cooper, Christian Bale and Jeremy Renner were said to have received higher back-end points.) She later clarified her remarks, placing the blame not with Sony but rather with her own side's negotiating, saying: "I gave up early."

Wonder Woman fans are invested in seeing that Gadot - and director Patty Jenkins - get their equal share. The film has been the DC Extended Universe's only critical hit so far, and is a success thanks largely to the vision and contributions of leading women.

Considering that, I truly hope that Gadot one day is pulling down whatever monster paydays Ben Affleck is receiving to play the DC's franchise Batman.

Until then and with salary in mind, may Gadot's Wonder Woman - as she says - "fight for those who cannot fight for themselves." Because true victory, like points, is on the back end.