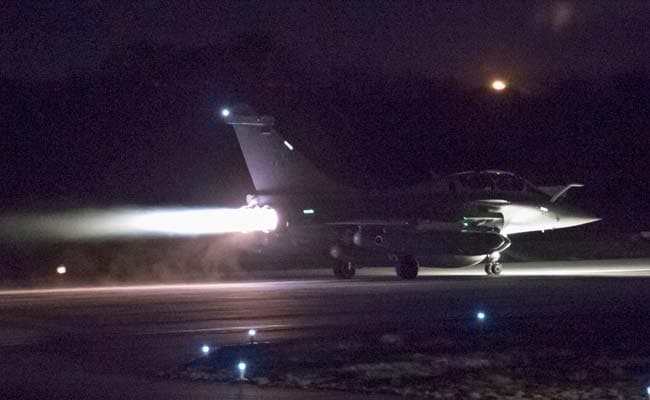 President Donald Trump's outrage over another apparent chemical weapons attack by Syrian President Bashar Assad was clear. And for the second time in his presidency, the U.S. commander-in-chief demanded retaliation.

As images of sick or dying children flooded global media all week, the U.S. guided-missile destroyer USS Winston Churchill was en route to the Mediterranean to join a flotilla of allied warships, including another U.S. destroyer, the USS Donald Cook.

It was a ruse.

While both vessels carry as many as 90 Tomahawk missiles -- the main weapon used in the Friday evening strike on Syria -- neither ship in the end fired a shot. Instead, according to a person familiar with White House war planning, they were part of a plan to distract Russia and its Syrian ally from an assault Assad's government could do little to defend itself against.

It worked. Pentagon officials on Saturday said they faced little resistance to their targeted attack on what they said were three Syrian chemical weapons facilities. Most of the Syrian countermeasures, including defensive ballistic missiles, were fired after U.S. and allied weapons hit their targets, Lieutenant General Kenneth McKenzie told reporters on Saturday.

"No Syrian weapon had any effect on anything we did," McKenzie said. He described the joint U.S., French and U.K. strike as "precise, overwhelming and effective."

It wasn't a predetermined outcome. Earlier in the week Trump appeared to telegraph his intentions to the world with a tweet. "Russia vows to shoot down any and all missiles fired at Syria. Get ready Russia, because they will be coming, nice and new and 'smart!"'

Analysts suggested Assad's regime would respond to Trump's threats by protectively moving weapons and personnel away from likely targets. An already difficult battle plan -- which required hitting Assad without provoking Russian reprisals or injecting the U.S. further into Syria's seven-year civil war - was getting harder. 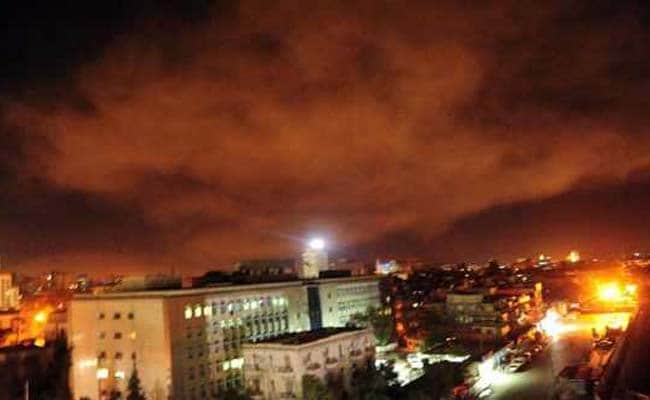 In the White House, Trump met with military officials and made several calls to his French and British counterparts with the goal of following through on a threat to impose a "big price'' on Syria.

During a meeting with the National Security Council and top military leaders early in the week, Trump had been presented five large target options -- called sets -- for potential strikes, according to the person familiar with the plans. The president largely listened as Pentagon chief Jim Mattis, Joint Chiefs Chairman Marine Corps General Joe Dunford and other military leaders did most of the talking. New National Security Adviser John Bolton -- who started Monday -- and Vice President Mike Pence were also on hand.

The president asked Bolton and the military leaders to justify each potential target, and was particularly focused on limiting the risk of escalation by Russia. There was unanimity among Trump's top national security staff about conducting strikes but debate about how hard to hit the Syrians, the person said.

United Nations Ambassador Nikki Haley was especially blunt in her assessment of the Syrian regime during meetings with Trump, the person said.

Haley told the UN Security Council on Friday that Assad and his Russian backers were to blame for the deaths of thousands of Syrian civilians. In a private meeting with Trump and national security officials earlier in the week, Haley was a leading voice pushing for a robust military response to the chemical weapons attack on humanitarian grounds, the person said.

Dunford told reporters Friday that the U.S. sought targets that would limit any involvement with Russian military forces in Syria and reduce the risk of civilian casualties.

Trump, who just a week earlier said he wanted to pull U.S. troops out of Syria "very soon," didn't want to become drawn into the civil war there and instead focused the military response on deterring the use of chemical weapons, according to the official.

Trump spoke multiple times over the course of the week with French President Emmanuel Macron and British Prime Minister Theresa May. 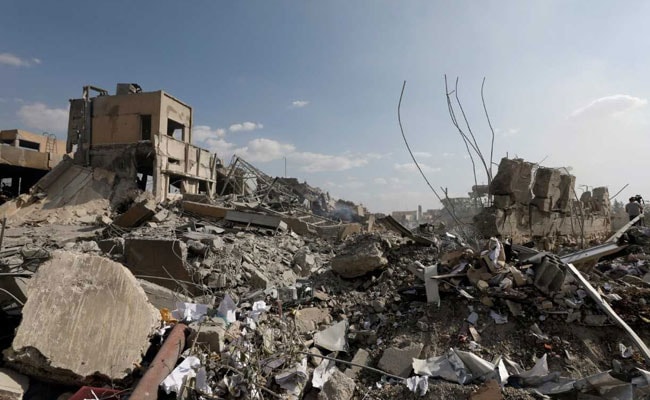 With the allies on board and the USS Winston Churchill arriving in the Mediterranean region, the attack was nearly underway.

As the president addressed the nation at 9 p.m. Washington time, a barrage of 105 U.S., U.K. and French missiles converged on Syria. They came from the Red Sea, the Arabian Gulf and the Mediterranean, homing in from three directions to overwhelm whatever missile defenses Assad's regime might employ. Russia's more advanced air defense system didn't engage the allied weapons.

The morning after the barrage, Trump tweeted "Mission Accomplished!", the same phrase President George W. Bush used after the Iraq invasion 15 years ago to signal the end of major combat operations.

Promoted
Listen to the latest songs, only on JioSaavn.com
That may be a phrase Trump, like Bush, learns to regret. The latest U.S.-led operation was narrow in scope, with little damage done to Assad's war-fighting capabilities. The country remains a melange of foreign forces, militias and terrorist groups. Haley, the UN ambassador, said this week that Assad has used chemical weapons dozens of times since war broke out in 2011. He might well use them again.