Virgin Galactic To Send Researcher, A TikTok Star, To Space

Bioastronautics researcher Kellie Gerardi is affiliated with the International Institute for Astronautical Sciences and has more than 400,000 TikTok followers and some 130,000 on Instagram. 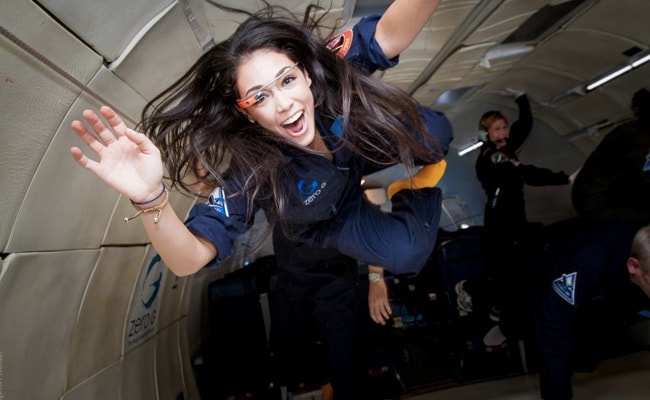 Researcher for the International Institute for Astronautical Sciences, Kellie Gerardi.

The move presents an ideal opportunity for the company to flaunt its ambitions not only to send wealthy tourists on pleasure rides costing $200,000 or more, but also to advance science.

The 32-year-old bioastronautics researcher, who is affiliated with the International Institute for Astronautical Sciences (IIAS), said she always believed the space tourism industry's success could also "help open up opportunities for researchers like myself."

The first experiment conducted by Gerardi, who has more than 400,000 TikTok followers and some 130,000 on Instagram, will involve "astro skin," in which sensors are placed under her flight suit to collect biometric data. While the process has already been used aboard the International Space Station, data has never before been collected during landing and takeoff.

The flights are far from the classic rocket experience, with a carrier plane taking off from a runway then dropping the spacecraft once in the air, which then ignites its engines.

Asked whether just a few minutes in space was sufficient, Gerardi said "uninterrupted consecutive minutes of time in space in microgravity to do my research" was "really the dream."

Until now she has only been able to board parabolic flights which reproduce zero gravity conditions for a few seconds, achieved in conventional planes that tilt at strong angles towards the sky and then towards the ground.

When experiments are sent to the ISS, Gerardi said, they stay there for several months, but the scientists unfortunately don't travel with them.

"They're not able to check in on it or manipulate it, or fix it," Gerardi said.

With Virgin Galactic's expected frequent flight schedule, "we could validate data over and over instead of having to wait years, you know, for another spaceflight opportunity," she said.