It was not clear from the post, which has since been deleted, whether former Gretna, Louisiana, police officer Charlie Rispoli knew he was sharing a story from a self-described satire website. 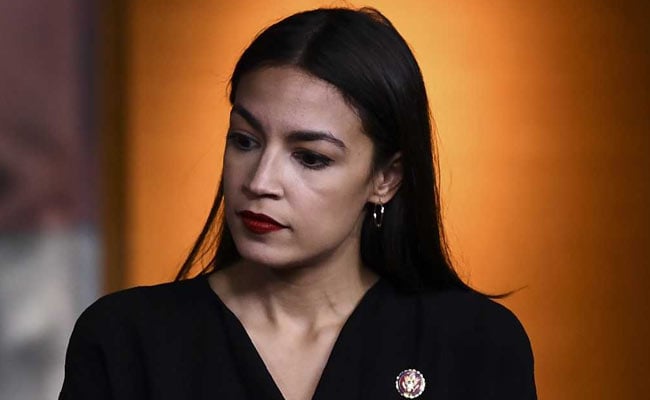 Alexandria Ocasio-Cortez and 3 other minority freshman lawmakers, call themselves "the Squad"

Two Louisiana police officers were fired Monday for a Facebook post that suggested Rep. Alexandria Ocasio-Cortez, D-N.Y., should be shot.

It was not clear from the post, which has since been deleted, whether former Gretna, Louisiana, police officer Charlie Rispoli knew he was sharing a story from a self-described satire website. In response to the fake headline, Rispoli wrote: "This vile idiot needs a round........and I don't mean the kind she used to serve," referring to a gunshot and the lawmaker's earlier career as a bartender.

The Times-Picayune/the New Orleans Advocate originally reported the Facebook post, and acquired a screenshot before it was deleted.

The firings comes amid a reckoning with racist and violent social media posts by police and federal law enforcement officers. As posts have been made public, firings and investigations have followed.

Ocasio-Cortez and three other minority freshman lawmakers, who call themselves "the Squad," have become frequent targets of President Donald Trump, who said the four citizens and members of Congress should "go back" to the "totally broken and crime infested places from which they came."

Democratic Reps. Ocasio-Cortez, Ayanna Pressley of Massachusetts and Rashida Tlaib of Michigan were born in the United States. Rep. Ilhan Omar, D-Minn., was born in Somalia and became a U.S. citizen when she was a teen.

Rispoli's comment was made in response to a post on a self-described satirical page, tatersgonnatate.com, with the headline "Ocasio-Cortez on the Budget: 'We Pay Soldiers Too Much.' " Rispoli was a 14-year veteran of the Gretna Police Department.

Gretna Police Chief Arthur Lawson did not respond to a request for comment from The Washington Post. In an interview with Nola.com, he called Rispoli's comment "disturbing" and said it was probably in violation of department social media policies, but he stopped short of describing it as a threat.

By Monday afternoon, Lawson told reporters that Rispoli and another officer who "liked" the post, Angelo Varisco, had been fired.

"This incident, we feel, has been an embarrassment to our department," Lawson said during a news conference, according to Nola.com. "These officers have certainly acted in a manner which was unprofessional, alluding to a violent act be conducted against a sitting U.S. [congresswoman], a member of our government [and] we are not going to tolerate that."

Lawson, who reiterated that he did not believe the post was a legitimate threat, said the department had inquired with Facebook to learn whether other officers had liked, commented or otherwise interacted with the post. Rispoli, a 14-year veteran of the force, was placed on administrative leave before Lawson announced that he and Varisco had been fired, according to Nola.com. Varisco had served for less than three years.

Both men performed security detail in a local government building that contains a courtroom and Gretna City Hall, and Rispoli recently worked as part of a program that supervised people placed under house arrest. Neither had served on the streets as patrol officers, Nola.com reported, and the only two arrests made between them took place inside the courtroom.

After speaking with Rispoli, Lawson said Monday afternoon that the officer was apologetic for the post. He indicated Rispoli made a bad decision "in the heat of the moment."

Belinda Constant, the Democratic mayor of Gretna, a city of about 18,000 outside New Orleans, did not reply to a request for comment. Nor did any of the four city council members. Rispoli could not be reached for comment.

Eva Malecki, a spokeswoman for the U.S. Capitol Police, declined to say whether the agency viewed the posting as a threat. "We do not discuss how we carry out our protective responsibilities for Congress," she said. A spokesman for Ocasio-Cortez did not respond to a request for comment.

Police officers nationwide have faced waves of scrutiny following investigations of social media posts by 3,500 current and former police officers published by the nonprofit Plain View Project. In Philadelphia alone, 72 officers were pulled from street duty. The department plans to fire 13 of them for violent, racist and homophobic posts.

Rispoli's comments appear to be on his page marked for friends and friends of friends only. It was not clear how his comments circulated.

"Whether you agree or disagree with the message of these elected officials and how frustrated you may or may not get, this certainly is not the type of thing that a public servant should be posting," Lawson said.