A Video Of My Dad Appeared Unexpectedly From Stranger. It Gave Me Chills.

The stranger said he had lifelong insomnia and spends his time watching old game shows on YouTube. 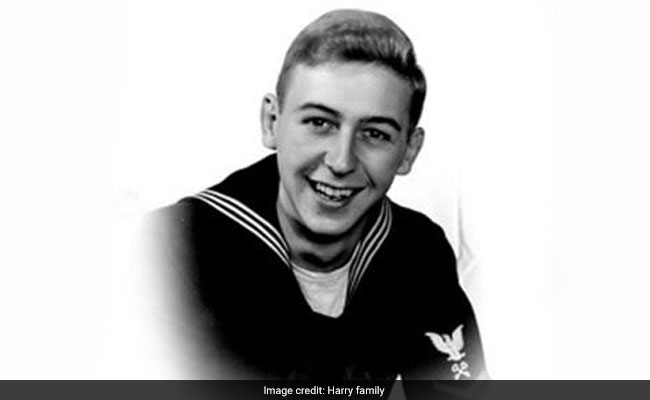 A couple of weeks ago, I got a text from my brother in California. He asked a question.

Attached was a black-and-white YouTube clip. The teaser photo was of a woman who looked like she had just stepped out of an "I Love Lucy" episode. Whatever it was, no, I had not seen it.

Frankly, I'm still having trouble believing what has unfolded. In this season of giving, nothing I could receive would be more meaningful.

The link was titled "Winner Take All NBC Daytime February 28, 1952." I clicked on it to hear the unmistakable voice of Don Pardo - later the intro voice of "Saturday Night Live" - introducing Bill Cullen at the start of a game show, "Winner Take All," that I had never heard of. Cullen, on the other hand, I was very familiar with. Growing up in the '60s and '70s you watched game shows, and Cullen was a fixture host on the likes of "The Price is Right" and "The $10,000 Pyramid." 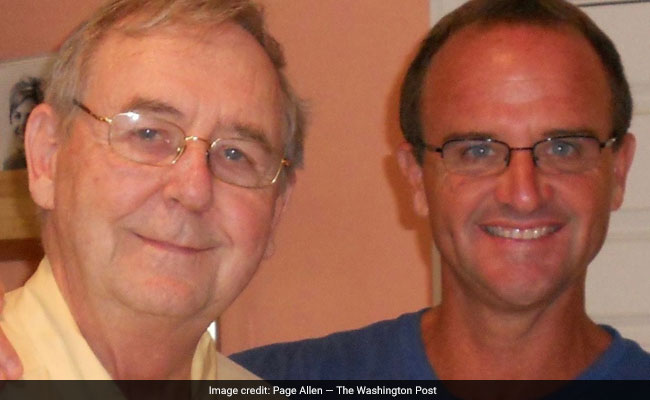 About two minutes into the video, after some banter with a woman who was the show's returning champ (and who was wearing a very period-piece pillbox hat), Cullen asked for the next contestant to come out and join them. A tall, rail-thin man in a Navy seaman's uniform was escorted onto the stage.

It was my father. In moving, talking pictures.

My father died of cancer in 2013. I have indelible images and memories of him during my time as a young boy, but suddenly, out of nowhere, I was watching and listening to him as a 22-year-old with his entire life in front of him. Five months before he married my mother. Four years before my brother was born. Seven years before me.

Cullen spent 90 seconds teasing my dad about having two first names - a give-and-take I've had with people basically my whole life.

My father was born in Winchester, Va., but at the time of the video he was four months from being discharged from the service and then embarking on a D.C. career that would put him and my mother in Arlington for the rest of their lives.

He was the most patient man I've ever known and, as such, took the jabs about his name and his Virginia twang in stride, flashing a youthful smile I had seen many times over my lifetime in photographs - but never in real time. I could not believe what I was watching. I hit pause and fired off a text to Lee, my brother, before watching any more.

As in, where did this piece of personal history - a family treasure - come from?

That's when I got my second shock of the day.

Hours earlier, the link was sent to my brother via a direct message on Facebook by a guy named Jeff. He was not a Facebook friend of my brother's, nor an acquaintance of any kind.

As Lee watched the video, he thought back (as I did) to our father and mother telling the story of my dad taking shore leave when his ship docked in New York in 1952. By chance, he got tickets to a game show called "The Big Payoff," where he was selected from the audience to be a contestant. It was on that show that my dad won a trip to Europe, which he and my mother used for their honeymoon that year.

No sooner had my dad left the "Big Payoff" studio than he was plucked from the hallway by producers from "Winner Take All," which was being staged in an adjacent studio. They loved the uniform and invited him to be a contestant on their show. It's okay, they told him. Different show, different network.

Between the two shows, he walked away with prize packages then estimated to be worth more than $7,000, including the trip to Paris, a mink coat, perfume, lingerie, luggage, costume jewelry, shoes, socks, a hat, a dress, a handbag, bed linens and wool blankets.

None of those details have anything to do with Jeff, but they furthered our intrigue as to how in the World Wide Web this footage even existed, much less was discovered. My brother returned a direct message on Facebook to Jeff, asking that very question, as well as asking how they knew each other and begging forgiveness for not remembering.

"No apology necessary as we don't know each other. I just forward videos that I watch as a tiny kindness so can be shared with family and friends. Been doing for about 6 years now and it's been a gift to me to be able to bring a smile or comfort to others. Take 2 minutes. Not every episode of every game show is yet on YT, but if I come across your dad on The Big Payoff, I will be sure to send that to you as well. Be well."

Somewhere in Ventura, Calif., my brother's jaw hit his hardwood floor. He wrote back.

"Jeff, I'm kind of speechless. I guess I'm also curious how you put together my dad's name with mine. But I don't want to question kindness. Your lovely action has touched our family and helps us remember a good man. I wish you a wonderful holiday season."

Then came a more crystallizing explanation.

"Very long story short. I have lifelong insomnia so I watch a lot of old game shows on YT when I can't sleep (I work in human services so I see the worst of this world coupled with the best of this world - strong and resilient people having to endure so much pain but overcoming so much adversity). About 6 years ago, I decided to put it to good use and it's been worth every second to bring a smile to someone's face, joy to their heart or comfort to their soul. I always try to send to the actual contestant first, but if they have passed away, then I forward to family members, too. He mentioned his dad's name and where he lived, so I found you very easily. I'm so sorry for your loss. It sounds like your dad was a wonderful man, husband, dad and patriot. It is my absolute pleasure to be able to be a blessing to someone doing a teeny kindness. I hope this video can be like a comforting hug that you can wrap yourself in when you're missing him. Thank YOU for your gracious words and kind wishes."

My father was all these things Jeff surmised, and so much more. The video, as he suspected, was a comforting hug.

Here's hoping everyone who reads this has a messenger angel like Jeff come into their lives. Or better yet, can be one for someone else.

- - - Harry worked for 27 years as a sportswriter for the Tampa Tribune and the Orlando Sentinel. He now works in the University of Florida athletics communications department.

(Except for the headline, this story has not been edited by NDTV staff and is published from a syndicated feed.)
Comments
Ralph HarryChris Harry