The "French Spiderman," a free climber, celebrated his 60th birthday by climbing a 187-meter Paris skyscraper. 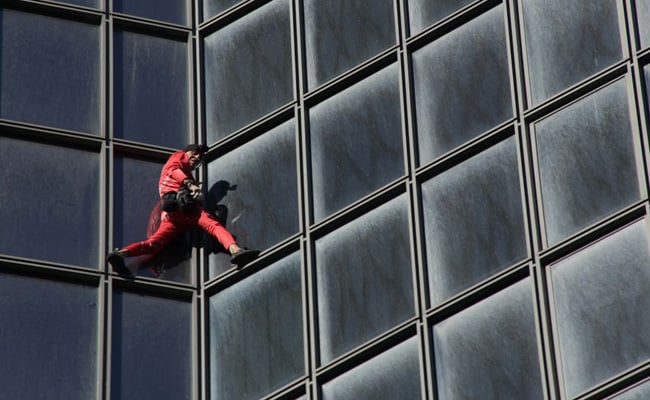 Alain Robert, a Frenchman who has scaled many of the world's tallest buildings, set a new goal for himself last month as he turned 60. On Saturday, the "French Spiderman" and free solo climber accomplished his goal by climbing a 48-story building in Paris.

"I want to send people the message that being 60 is nothing. You can still do sports, be active, do fabulous things," he said. "I promised myself several years ago that when I reached 60, I would climb that tower again because 60 symbolises retirement age in France and I thought that was a nice touch."

Alain Robert climbed the 48-story Tour TotalEnergies building in Paris to celebrate his 60th birthday. 'I want to send people the message that being 60 years old is nothing. You can still do sport, be active, do fabulous things,' he said https://t.co/kotWiUMtQupic.twitter.com/CuWQSENyCM

But this wasn't the first time Robert had ascended the Tour TotalEnergies tower. He has performed it numerous times to increase public awareness of climate action.

Mr. Robert is famous throughout the world for scaling tall buildings. His daring accomplishments include climbing to the top of Dubai's Burj Khalifa, the tallest structure in the world.

But Robert frequently scales structures without the necessary authorisations, and he has been detained on multiple occasions in various nations, including the UK and Germany.

Additionally, because he climbs alone, he does so without a harness, only using his hands, climbing shoes, and a bag of chalk powder to soak off sweat.

He has conquered more than 100 structures worldwide, including the Eiffel Tower in Paris, Malaysia's iconic Petronas Twin Towers, and the Sydney Opera House without safety equipment.