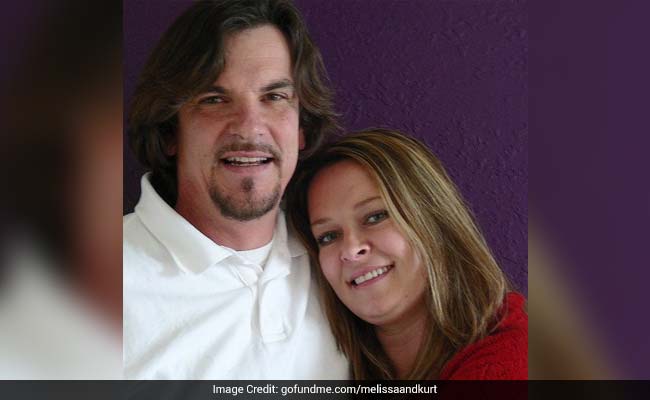 Kurt Cochran and his wife, Melissa, were in Europe to celebrate their 25th wedding anniversary.

New York: A Utah man was killed and his wife badly injured during Wednesday's attack near Britain's Parliament in London, relatives of the couple said on Thursday.

Kurt Cochran, 54, and his wife, Melissa, were in Europe to celebrate their 25th wedding anniversary and had been due to return to the United States on Thursday, according to his brother-in-law, Clinton Payne.

The couple were struck by a sports utility vehicle that plowed into pedestrians on Westminster Bridge, Payne said in a statement.

Three people were killed in the attack, including Kurt Cochran and a policeman who was stabbed to death. Cochran's wife was among about 40 others who were injured.

The killer, named on Thursday as British-born Khalid Masood, was shot to death by police.

Cochran's wife was hospitalized for treatment after suffering a broken leg and rib, and a cut to her head, Payne said. She was expected to recover.

"Our hearts ache for her and their children in losing their loving companion and father," Payne said.

It was not immediately clear how many children the couple had.

"A great American, Kurt Cochran, was killed in the London terror attack," Trump wrote on Twitter. "My prayers and condolences are with his family and friends."

The Cochrans were self-employed and had built up a recording studio business over the last 10 years, according to a GoFundMe page created by the family to help pay for Melissa Cochran's treatment. They lived in Bountiful, a city about 10 miles (16 km) north of Salt Lake City.

The Cochrans were well known in the area for donating their recording and audio skills to local school productions, "other worthy causes" and their hometown's Summerfest arts and music festival, Payne wrote on the GoFundMe page.

Emma Dugal, executive director of the Bountiful Davis Art Center, which hosts the annual celebration, described Kurt Cochran as a "sincere and loving friend" and said he had helped out with the Summerfest for at least seven years.

"We are still in shock," Dugal said in a phone interview. "He really got this soundstage off the ground and provided opportunities for local artist to perform. Some of them have gone on to have recording careers."

The couple were visiting Melissa Cochran's parents, who are missionaries in London for the Salt Lake City-based Church of Jesus Christ of Latter-day Saints (LDS), also known as the Mormon church, LDS spokesman Eric Hawkins said in an email.

Kurt Cochran's most recent photo uploads on his Facebook page depicted scenes from their vacation in Europe, including one of him smiling while holding a large glass of Belgian beer.

Promoted
Listen to the latest songs, only on JioSaavn.com
"This pain is so heart-wrenching and raw, it has rocked our family," another relative, Shantell Payne, wrote on Facebook. "We will miss Kurt beyond words."
© Thomson Reuters 2017