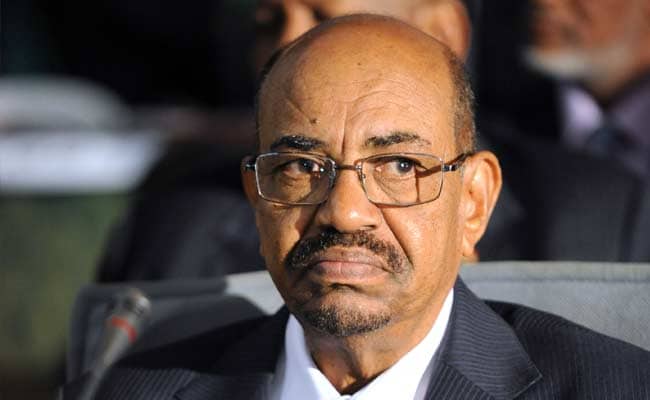 Speaking in Washington, US State Department spokesman Mark Toner told reporters the United States continues to believe Bashir should not be welcome to travel until he faces justice.

"As you know, he's been charged by the ICC -- the International Criminal Court -- with war crimes, crimes against humanity and genocide," he said.

"Warrants for his arrest remain outstanding and we strongly support the ICC's efforts to hold accountable those responsible for those acts," Toner added.

"We oppose invitations, facilitation or support for travel by persons subject to outstanding ICC warrants."

The International Criminal Court indicted Bashir over war crimes and crimes against humanity in 2009 and on genocide charges in 2010, all relating to the conflict in Sudan's Darfur region.

He has since regularly travelled to Sudan's neighbors but rarely makes long-distance trips that could see him exposed to possible arrest.

He last travelled to China, which has significant interests in Sudan's oil sector and supports his government, in 2011.

China and the United States are not signatories to the ICC but both are permanent members of the UN Security Council, which referred the Darfur case to the court.

The Darfur conflict erupted in 2003 when ethnic insurgents rebelled against the Arab-dominated Khartoum government, complaining of marginalization.

It has left 300,000 dead and some 2.5 million displaced, according to UN figures, and Bashir's forces have been accused of large-scale atrocities against civilians.