US to transfer Bagram prison to Afghans today 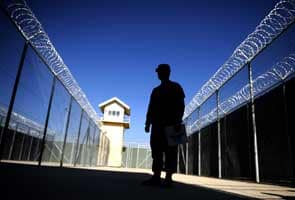 Baghdad: The United States is to hand formal control of a controversial prison to the Afghan government on Monday, despite apparent disagreements between the two sides on the fate of hundreds of inmates.

In a move hailed by Kabul as a victory for sovereignty, analysts say it is largely symbolic as NATO prepares to leave Afghanistan after more than a decade fighting the Taliban, leaving Afghan security personnel in charge in late 2014.

Major questions remain over the fate of Bagram prison's more than 3,000 inmates, including around 50 foreigners not covered by the agreement, and hundreds more arrested since the transfer deal was signed on March 9.

The Afghan government ruled out any question of a delay to the handover, to be marked by a ceremony at what is officially called the Parwan Detention Facility, adjacent to the US base of Bagram north of Kabul.

But his spokesman, Aimal Faizi, says disagreements remain over the interpretation of the MoU and over more than 600 people detained since March 9 who have not yet been transferred to Afghan custody.

Jamie Graybeal, a NATO spokesman, says 99 percent of the detainees are under Afghan authority and that transfer of the rest has been put on hold, pending concerns about the intentions of the government to fulfil terms of the MoU.

Graybeal said the United States retained the authority to capture and detain suspects, but intended to continue to transfer Afghan detainees to Afghans.

Afghan officials dispute that right and say any detainees arrested in extenuating circumstances have to be handed over within 72 hours.

The fate of around 50 foreigners, mostly from Pakistan and held for years, is not covered by the agreement, the United States is likely to continue to control at least a portion of the jail.

Promoted
Listen to the latest songs, only on JioSaavn.com
Advocacy group the Open Society Foundations last week raised concerns about holes in the March agreement, the risk of indefinite detention and voiced fears that Afghan detention without judicial review could be subject to abuse.