US Student Found Unconscious Near University In Minus 21 Degrees, Dies

Temperatures were minus-21 degrees with a wind chill of minus-55 at the time Gerald Belz was found, according to data from the National Weather Service. 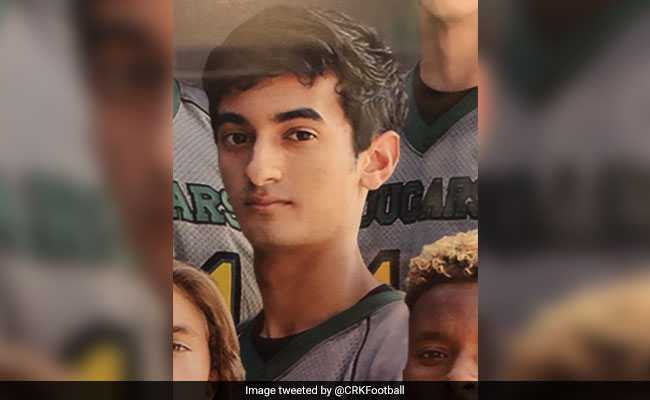 Gerald Belz, a student of the University of Iowa, was found unresponsive near a campus building.

An eastern Iowa community is grieving an 18-year-old college student who local officials believe died after exposure to the subzero temperatures pervading the Midwest.

Gerald Belz was a first-year student from Cedar Rapids on the pre-medicine track at the University of Iowa. The circumstances surrounding his death remain murky, but university police said they found the freshman unresponsive near a campus building just before 3 a.m. Wednesday. He later died at a hospital.

Police do not suspect foul play and think Belz's death was linked to the extreme cold in Iowa that morning, the university said in a statement. Temperatures were minus-21 degrees with a wind chill of minus-55 at the time Belz was found, according to data from the National Weather Service. Historically cold weather across the Midwest has been linked to at least seven deaths in recent days, a number that will likely continue to climb.

"[He was] quiet but tough, but he was a very compassionate individual," Gerald's father, Michael Belz, told NBC affiliate KWWL, adding that his son aspired to be a cardiologist or a neurosurgeon. Michael Belz also described his son as a "mama's boy with a tough exterior," according to ABC affiliate KCRG.

A spokesman with the local medical examiner's office said Thursday more tests were needed to determine exactly how Belz died, a process that will likely take several weeks. Michael Belz has stressed in interviews that no alcohol was found in his son's system at the time he died - but the grieving father said he still has questions.

"I know some things that I'm not making public right now that really don't make sense to me or the rest of his family concerning the circumstances of his passing," Belz told KWWL.

The younger Belz came home for the weekend before returning to school to wait out the worst of the storm, his father told the New York Times.

"At the time, I thought that was the smart move," Belz said. "I didn't want him to get stuck somewhere driving. So he decided he would stay."

Gerald Belz sent his girlfriend a message at about 12:30 Wednesday indicating that he was going to bed and that he did not plan on going out that night because of the weather, his father told KWWL.

It remains unclear why the young man ventured out into the frigid cold, which has been blamed for deaths in Milwaukee, Detroit and Rochester, Minnesota. Halsey Hall, where Belz was found, is just a short walk from his dorm, the Times reported.

Belz had been on the football team at his high school, Cedar Rapids Kennedy, and while Belz's father told KCRG his son was "never very good" and typically warmed the bench, the impact he had on his teammates was indelible.

"Certainly he did things the right way," Brian White, head football coach at Kennedy High, told KCRG. "You come across kids that aren't necessarily the star but still do everything they possibly can to help you out."

"Everybody's certainly going to be affected by this," he added.