US Military Apologises: The tweet was accompanied by a video showing a B-2 bomber dropping bombs, followed by explosions on the ground. 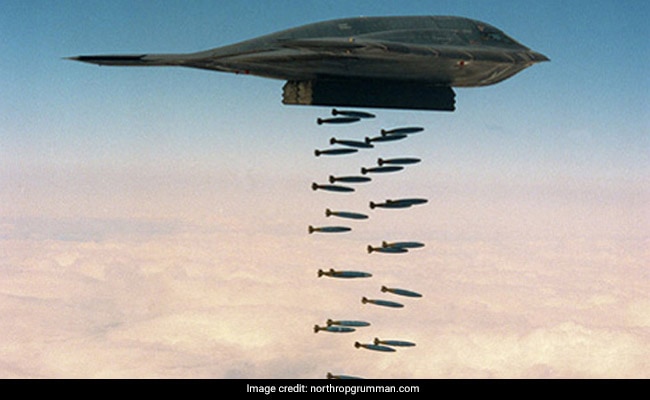 US Military Apologises: Strategic Command deletes old tweet, and sends out a new one. (File Photo)

US Strategic Command, which oversees the country's nuclear arsenal, apologised for a Twitter message saying it was ready if necessary to drop something "much, much bigger" than the New Year's Eve ball in New York and showing a clip of an aircraft releasing bombs.

"#TimesSquare tradition rings in the #NewYear by dropping the big ball...if ever needed, we are #ready to drop something much, much bigger," the tweet said, hours before the midnight descent of the illuminated ball in New York's Times Square marking the arrival of the new year.

The video showed a B-2 bomber dropping bombs, followed by explosions on the ground.

The message touched off many critical comments on social media. Mary Fahner-Short, using the handle @maryfshort, wrote on Twitter: "Why is @US_Stratcom joking about nuclear war? #shameful."

Later on Monday, the message was deleted from the US Strategic Command's Twitter feed. A new message said:

Our previous NYE tweet was in poor taste & does not reflect our values. We apologize. We are dedicated to the security of America & allies.