US Secretary Of State Rex Tillerson To Visit Ankara On March 30: Turkey 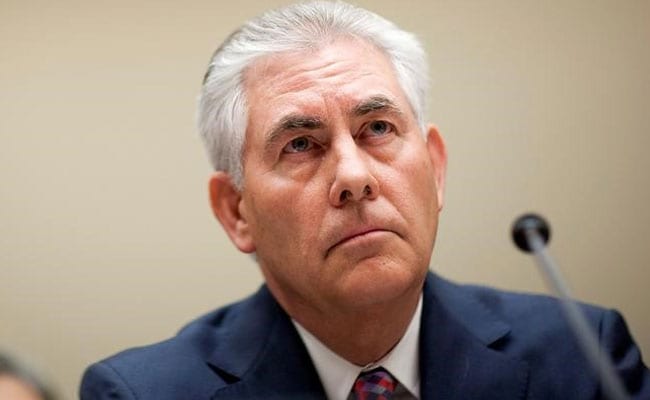 Secretary of State Rex Tillerson is expected to visit Turkey on March 30.

Istanbul: US Secretary of State Rex Tillerson will visit Turkey on March 30, Turkish foreign minister Mevlut Cavusoglu said on Thursday, in what is likely to be the most high-level meeting with Ankara since US President Donald Trump took office in January.

Ties between the United States and Turkey - which has the second largest army in the NATO alliance and is key to the US-led fight against ISIS - deteriorated sharply in the last year of the Barack Obama administration.

"Rex Tillerson has said that he would like to come to Turkey on March 30," Mr Cavusoglu said in an interview with broadcaster Haberturk.

"I have told him that we will be in Ankara and available and would happily host him," Mr Cavusoglu said.

For the US administration, nervous about whether the Turkish-backed force is large enough and sufficiently trained, the decision sets Mr Trump's wish for quick battlefield victories against the need to maintain its strategic alliance with Turkey.

Promoted
Listen to the latest songs, only on JioSaavn.com
Ankara views the YPG as the Syrian extension of the Kurdish PKK militant group, which has fought an insurgency in Turkey's southeast since 1984 and is considered a terrorist group by both the United States and European Union.