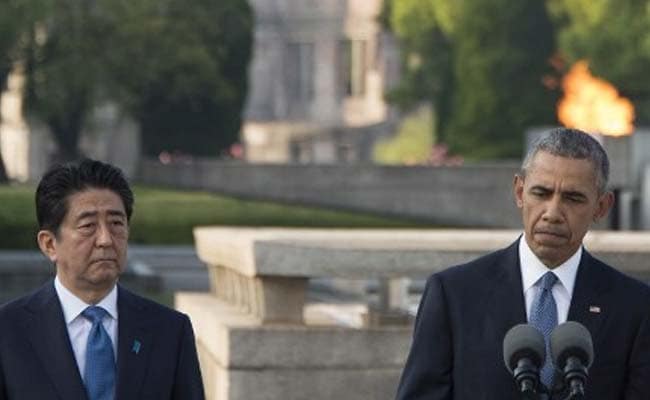 Japan PM Abe is expected to make a historic visit to Pearl Harbor with US President Barack Obama.

President Barack Obama on Wednesday praised the alliance between Japan and the United States, exactly 75 years after the surprise attack on Pearl Harbor that led to America's entrance into World War II.

Japanese Prime Minister Shinzo Abe will make a historic visit to a memorial in Pearl Harbor later this month - the first such visit of a Japanese leader - where he will be joined by Mr Obama.

"As a testament that even the most bitter of adversaries can become the closest of allies, I look forward to visiting the USS Arizona Memorial later this month along with (Abe)," Mr Obama said in a statement.

"This historic visit will stand as a tribute to the power of reconciliation and to the truth that the United States and Japan - bound by an alliance unimaginable 75 years ago - will continue to work hand-in-hand for a more peaceful and secure world," he added.

The two-hour attack killed 2,403 Americans and injured more than 1,100 others.

Mr Abe's visit to Hawaii will come a few months after Mr Obama visited Hiroshima, where a US bomber dropped one of two atomic bombs that would lead to Japan's surrender.

Japanese officials say Mr Abe will not be making an apology for the Pearl Harbor attack, but will commemorate the victims of the war.

Recalling the huge death toll from Pearl Harbor, Mr Obama underscored how those soldiers' sacrifices galvanized the resolve of millions of US troops and civilians.

"In the hours after the attack, President Roosevelt promised that 'the American people in their righteous might will win through to absolute victory,'" Mr Obama said.

"Thanks to the heroism of a generation, we did."

During his May 27 visit to Hiroshima, Mr Obama, the first sitting US President to visit the city, clasped hands with one survivor and hugged another.

Mr Obama reiterated calls for a nuclear-free world and offered no apology for the atomic bombings, having insisted that he would not revisit decisions made by US President Harry Truman at the close of a brutal war.