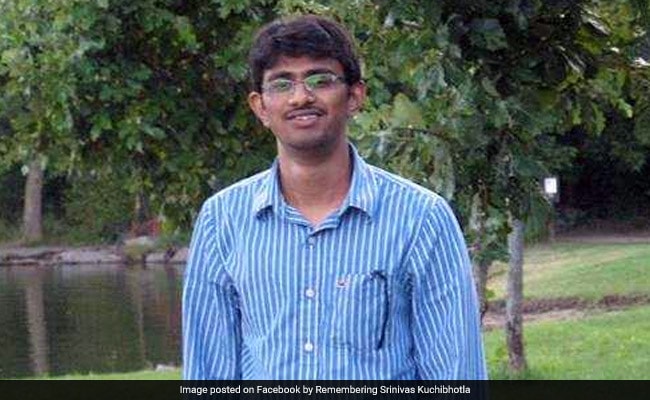 Srinivas Kuchibhotla was killed at a bar in Kansas City early this year. (File)

Washington: A US Navy veteran charged with killing an Indian techie and injuring two others in a racially motivated hate crime at a bar in Kansas City early this year has pleaded not guilty.

The next hearing is scheduled for May 8. He faces a maximum penalty of death or life in prison.

Federal prosecutors allege that Purinton targeted Kuchibhotla and another Indian man, Alok Madasani, because of their race or ethnicity. The third man was shot when tried to help the two victims.

Witnesses said Purinton yelled at the two Indian men to "get out of my country" before pulling the trigger.

After the shooting, Purinton drove 70 miles east to an Applebee's restaurant in Clinton, Missouri, where he told a bartender what he'd done.

Promoted
Listen to the latest songs, only on JioSaavn.com
Federal prosecutors alleged that Purinton committed the offences after substantial planning and premeditation, attempted to kill more than one person in a single criminal episode, and knowingly created a grave risk of death to others on the scene.

(This story has not been edited by NDTV staff and is auto-generated from a syndicated feed.)
Comments
Kansas Bar shootingSrinivas Kuchibhotla