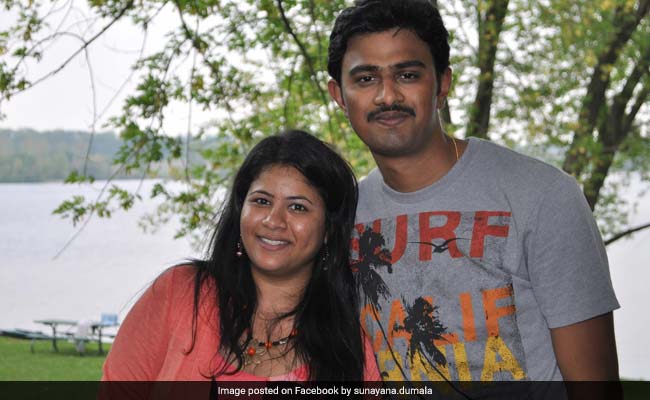 US Attorney General Jeff Sessions has erroneously referred to Indian engineer Srinivas Kuchibhotla, who was shot dead in a hate crime at a suburban Kansas City bar last year, as Sikh.

"Yesterday, we obtained a life sentence for a man who murdered an Indian-American man, a Sikh as it turned out, because he thought he was a Muslim," Mr Sessions said in his remarks at the summit.

"This is the kind of horrible things we do not need to allow in this country," Mr Sessions added in his speech, the video of which is available online.

While Mr Sessions did not name Mr Kuchibhotla, the reference was to the August 7 sentencing of Purinton when he was handed down three consecutive life terms for killing the Hyderabad native.

The mistake of wrongly identifying Mr Kuchibhotla as a Sikh was pointed out by PTI in New York to the Department of Justice's Office of Public Affairs.

Later, an official from the public affairs office, responding to PTI's email seeking comment on the error, said that an updated speech has been uploaded on the Department of Justice's website. In the updated version of Mr Sessions' remarks, the error has been rectified.

The updated version of Sessions' remarks removed the Sikh reference and now states that "yesterday, we obtained a life sentence for a man who murdered an Indian-American man because he thought he was Muslim."

It mentions at the end of the remarks that "The original version of this speech mistakenly identified the victim of a hate crime as Sikh."

Mr Kuchibhotla hailed from Hyderabad and had worked at Garmin as a senior aviation systems engineer in Kansas. He and Mr Madasani were sitting in the Austins Bar & Grill in Olathe when Purinton approached them and demanded to know where they were from and how they entered the country. Purinton poked Mr Kuchibhotla in the chest, called him a "terrorist" and an epithet disparaging persons of Middle Eastern descent, and shouted, "Get out of my country!"

Aiming at Mr Kuchibhotla and Mr Madasani, Purinton fired eight rounds from his semi-automatic pistol, at least four of which struck Mr Kuchibhotla, who died from his injuries, and one of which struck Mr Madasani, who was injured. Hours after the shooting, Purinton stated over the phone to a friend, and later in person to a bartender, that he had just killed some "Iranians."

"And we are not slowing down. Three weeks ago, we obtained a jury verdict against a man who set fire to a mosque in Texas and a man from Missouri for threatening to kill members of a mosque," he said.