Hilaree Nelson was skiing down Manaslu after having successfully summited the world's eighth-highest mountain yesterday. 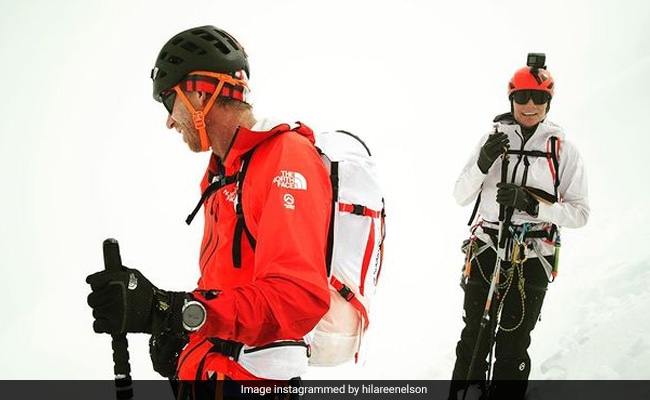 The North Face, which sponsors Hilaree Nelson, confirmed the climber was missing.

Renowned US ski mountaineer Hilaree Nelson has gone missing on Nepal's Manaslu mountain, on the same day that an avalanche killed a Nepali climber on the same peak, expedition organisers and officials said Tuesday.

Nelson was skiing down Manaslu after having successfully summited the world's eighth-highest mountain with her partner Jim Morrison on Monday.

"She had an accident yesterday as she was descending shortly after her summit. We are trying to get clarity on what happened," Jiban Ghimire of Shangri-La Nepal Treks, which organised the expedition, told AFP.

On the same day, an avalanche hit between Camps 3 and 4 on the 8,163-metre (26,781-foot) mountain, killing a Nepali climber and injuring a dozen others, the government's tourism department said.

The death was the first confirmed casualty of the autumn climbing season in Nepal.

Constant rain and snow have been a challenge for the 404 paying climbers attempting to reach the summit of Manaslu this year, and bad weather was also hampering rescue efforts, with helicopters unable to fly on Monday due to the conditions.

Ghimire said that the weather had improved on Tuesday and a helicopter was headed to the site of Nelson's accident.

Morrison safely reached base camp and was accompanying the search and rescue team, Ghimire added.

The North Face, which sponsors Nelson, confirmed the climber was missing.

"We are in touch with Hilaree's family and supporting search and rescue efforts in every way we can," the company said in an Instagram post on Tuesday.

"I haven't felt as sure-footed on Manaslu as I have on past adventure into the thin atmosphere of the high Himalaya," Nelson said in an Instagram post on Thursday.

"These past weeks have tested my resilience in new ways."

The 49-year-old has had a career spanning two decades and is described as "the most prolific ski mountaineer of her generation" in a profile on The North Face's website.

In 2012, she became the first woman to summit the highest mountain in the world, Everest, and its adjacent Lhotse within 24 hours.

Six years later, she returned to Lhotse and made the first ski descent of the mountain, which earned her the National Geographic Adventurer of the Year award.

Nepal is home to eight of the world's 14 highest peaks and foreign climbers that flock to its mountains are a major source of revenue for the country.

The industry was almost completely shut down due to the coronavirus pandemic in 2020, but the country reopened its peaks to mountaineers last year.